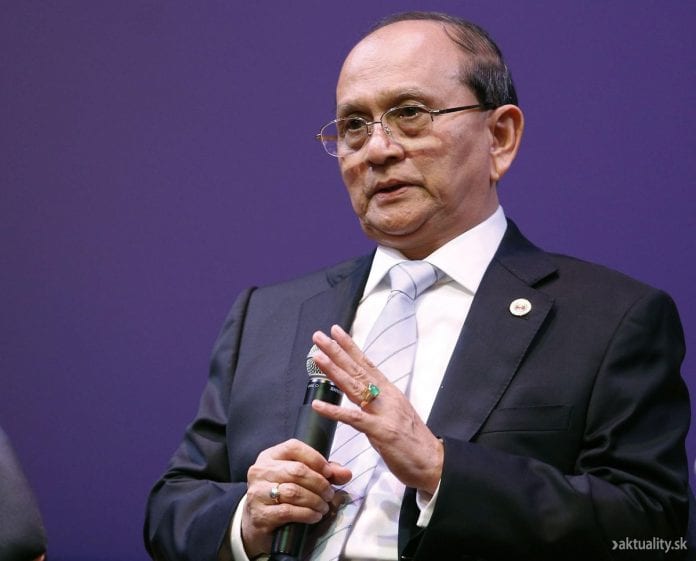 President Thein Sein visited the Philippines last week, his maiden visit to the archipelago.
During his three-day visit, Thein Sein met his Philippine counterpart, Benigno Aquino III, in an attempt to bolster ties and also discuss trade, investment, agriculture and visa-exemptions.
The visa agreement is expected to allow Filipinos to enter Myanmar without gaining a visa first. Myanmar residents can already enter the Philippines visa-free.
The Philippines were a harsh critic of Myanmar’s former military government, but the two countries have softened ties since Myanmar began making reforms to tentatively work towards a fully democratic system.
Thein Sein also visited areas ravaged by the recent Typhoon Haiyan that ripped through the country last month, leaving an estimated 5,000 dead and many others still missing.
Myanmar was one of about 60 countries to give aid to the country in the wake of the crisis, with Philippine Foreign Secretary Albert del Rosario saying that Myanmar’s aid had reached about $100,000 as well as seven tonnes of food and other relief goods. During his visit, Thein Sein brought additional aid.
During his talks with Aquino, Thein Sein discussed Myanmar’s hosting of ASEAN in 2014 and it is thought that he seeked support for the hosting.
A close ally with China, Myanmar’s navigation of that relationship will be crucial in the near future as a number of ASEAN members are at loggerheads with China over land disputes. According to some reports, the Philippines and Vietnam are expected to bring up their grievances with China during the ASEAN meetings next year.