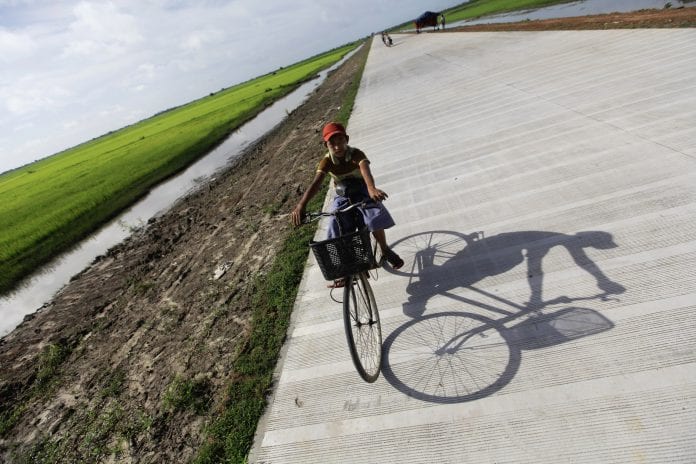 Thilawa SEZ, which is being jointly implemented by Myanmar and Japan, is expected to start its commercial run from mid-2015, according to project officials. The multi-million dollar project, which is touted to become a cornerstone of Myanmar’s economy in the near future, has already grabbed the attention of foreign investors who are eyeing using Myanmar as a cheap manufacturing base.

Demand for lands in and around the SEZ, along with that the prices of them, has gone up as the Japanese consortium responsible for the project recently started selling leasehold rights to interested enterprises and investors.

Thilawa is divided in two zones – local and international. However, land sales in international zone are outpacing that in the local zone.

A similar plot of land at local zone was K200-250 million seven months ago, however, now the price have climbed up to K350 million ($362,000) and stagnated as demand tumbled, he added.

“Investors from local zone are waiting to see how the requirements at international zone unfold and have stopped dealing land plots,” Ko Min Khant said.

Realtors say there is no pressure to build in the local zones, while international zone land owners have to construct the factories and provide details of their investment and business to the authorities within six months as the SEZ goes into operation next year.

Places near the SEZ such as new quarters in San Chin Mi level 1, 2 and 3, Thet Yar Kon at Nat Sin Kone ward and Pha Lan ward are seen as lucrative as land owners anticipate foreign investors to buy lands in the local zone to build staff housing and other financial infrastructures like banks, realtor say.