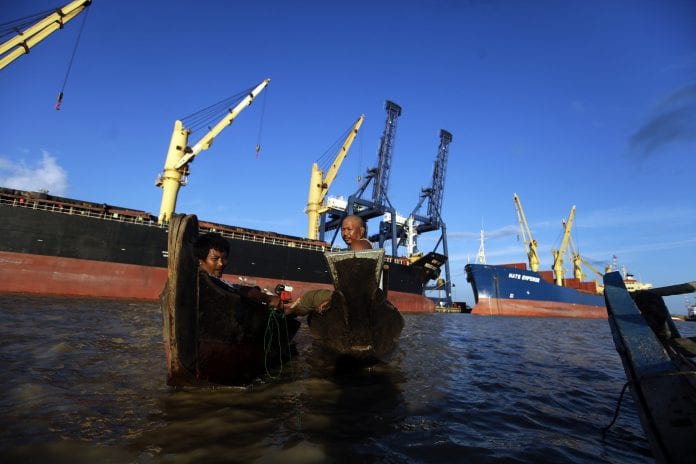 Land prices at the Thilawa Industrial Zone, located close to Yangon, have increased since work began on the zone late last year, according to real estate agents operating near the site.

The project broke ground in December last year, with work beginning on the first phase of the multi-million dollar project, on 400 hectares of land in Thanlyin township.

“Nowadays, a huge part of the land being purchased comes from foreign entrepreneurs,” said U Tin Maung Htoo, a real estate agent operating in Thanlyin township.

Land price in Thilawa Industrial Zone has escalated about K-30 lakh, said U Tin Maung Htoo, real estate agent from Thanlyin Township. “Since work has begun, people are beginning to buy land on those sites,” he said, before adding that the plots of land are also attracting interest from businesspeople based in Mandalay region.

Real estate sources also said that land prices are slowly creeping up in other townships in the area, including Phalan and Thilawa.

“Land near to the Thilawa project is in high demand,” said Ko Tin Maung Khine, a clerk from the General Administrative Department. “This rise began during the Southeast Asian Games (which took place in Myanmar in December) and many international businesspeople are buying land in Thilawa at a high cost,” he said.

The Thilawa SEZ is being developed with a Japanese consortium, including Mitsubishi, Marubeni and Sumitomo while the Myanmar arm of the project, Myanmar Thilawa SEZ Holdings Company (MTSH) involves nine Myanmar companies.

According to U Set Aung, chair of the project’s management committee, the first phase of the project will be implemented in 2015.