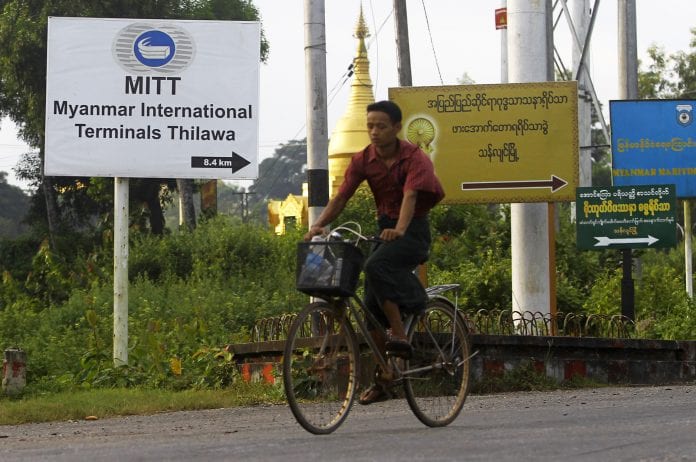 Myanmar Thilawa SEZ Holdings Public Co Ltd, (MTSH) has once again started selling shares to the public ahead of the establishment of the stock exchange in 2015, the president of the company said.

“We will trade company’s shares before the launch of the stock exchange,” said U Win Aung, the president of MTSH, which is one of the two Myanmar companies that have formed a joint venture with two Japanese companies to handle the development of the Thilawa SEZ in the outskirts of Yangon.

The public company has opened a share trading and information counter at its office located at the headquarters of the Union of Myanmar Federation of Chambers of Commerce and Industry (UMFCCI), he said.

MTSH, after securing the licence from the government in 2013, has set up as a public company and has since sold more than three million shares.

“The Thilawa SEZ is a long-term investment and unlikely to return any profit in the short term. The company has been shaken a little bit in recent months because of the resignations of two major executives,” said U Tin Than Oo, an economic and legal advisor to the company.