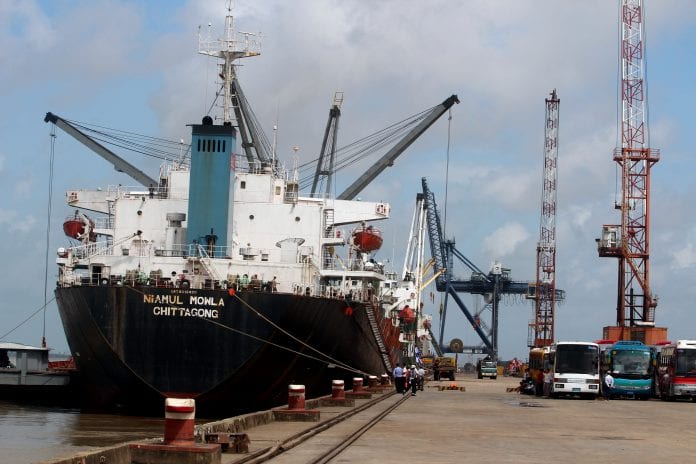 Myanmar Thilawa SEZ Holdings (MTSH) Public Ltd announced that the company will return over K18 billion ($18.7 million) worth of oversubscribed shares to the public.

Shares of  Thilawa Special Economic Zone (SEZ) went on sale in March – offered through banks in absence of a stock exchange – in a bid to raise K21.45 billion ($22.3 million) through selling 2.145 million shares (K10,000 each) to fund the first phase of construction of the SEZ 25 kilometres south of the country’s commercial hub Yangon.

However, the proposed subscription has reached over K40 billion ($41.6 million), a top official of the company said.

A total of over 17,000 proposals to buy more than 4 million shares were received and among them, about 90 percent wanted to subscribe 500 shares or less and the rest proposed to subscribe over 500 shares.

Currently, MTSH is negotiating with the banks to return the oversubscribed shares to the public and MTSH will pay for the banks’ service cost, said U Tun Tun, treasurer of MTSH.

While selling shares MTSH gave priority to the buyers who were subscribing to 500 shares (valued K5 million) or less. The company intends to allocate 56 percent of the shares to buyers who belong to this category and 44 percent to those subscribing over 500 shares, chairman of MTSH U Win Aung  said.

“The government gave us instructions to make shareholders with less subscription to become majority in the public company,” said U Set Aung, chairman of the SEZ management department and also the vice chairman of the Central Bank of Myanmar.

The subscribers of over 500 shares may not be able to buy shares according to their proposals and can only subscribe to the number of shares set by MTSH, U Win Aung said.

“We sold shares to the public to make us a proper public company. These shares are only a part of the overall project. We will sell more shares depending on our requirement.

“Not only Myanmar and Japan but also other international companies are offering to invest in the project,” he said.

However, MTSH didn’t explain its investment plans and profit sharing procedures prior to the share sales and share buyers said they would like to know details of the company’s plans if they are buying its shares.

An applicant from Yangon’s Sanchaung township who submitted share subscription proposal told Myanmar Business Today that he wants to buy the shares of MTSH because Thilawa is Myanmar’s very first Special Economic Zone, but he doesn’t know the detail of the company’s investment and profit sharing plans.

“The company should hold meeting with the shareholders to explain their plans in detail,” he said requesting anonymity.

Thilawa SEZ, which is expected to be operational by 2015, includes a large industrial zone, a deep sea port, factories and housing projects.