Thilawa SEZ Shares to Go on Sale to Raise $21 Million 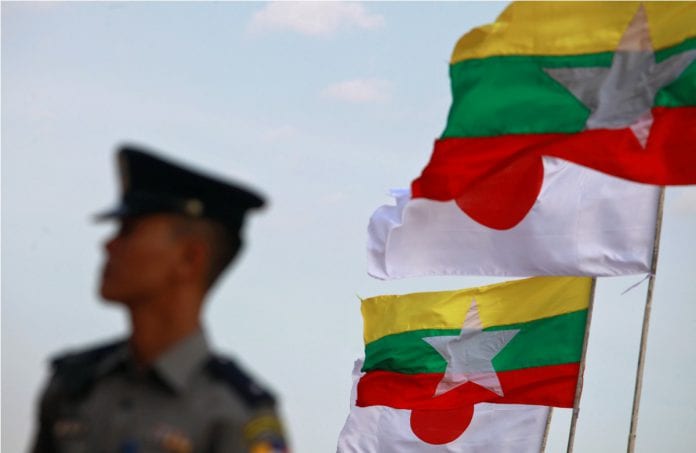 Shares of Myanmar’s Thilawa Special Economic Zone (SEZ) will go on sale in March in a bid to raise $21.8 million to fund the first phase of construction of the SEZ near the country’s commercial hub Yangon.

The plan was announced last week at a news conference by U Set Aung, chairman of Thilawa SEZ Management Committee, and U Win Aung, chairman of Union of Myanmar Federation of Chambers of Commerce and Industry (UMFCCI).

Myanmar Thilawa SEZ Holdings Public Ltd (MTSH), which owns 41 percent of the Myanmar Japan Thilawa Development Ltd (MJTD), is going to sell 2.145 million shares during an initial sale from March with each share valued at K10,000 ($10.2), U Set Aung said. “More shares will be sold later, if necessary,” he said.

“All Myanmar citizens and companies can buy shares. We will provide a one month period to buy shares,” U Win Aung said.

In a bid to have better transparency in selling the shares, a guidebook – containing information about the SEZ project, the companies involved and their functions, procedures of selling the shares – will be distributed and sold, he said. Advertisements will be carried out in state-owned newspapers and other media regarding the share sales, he added.

The funds raised by share sales will be used to finance construction of the Class A Area, which covers 396 hectares (out of overall 2,342 hectares) of the project and will cost about $180 million to complete.

The chairman said more than 80 percent of the ground has been leveled in preparation for construction. The joint venture will start commercial run of the SEZ in mid-2015, according to an earlier announcement.

Thilawa SEZ, which will house high-tech and labour-intensive industries, is touted as the most-advanced of several foreign investment-driven SEZ projects in Myanmar, and is expected to have state-of-the-art infrastructure and run according to international regulations.