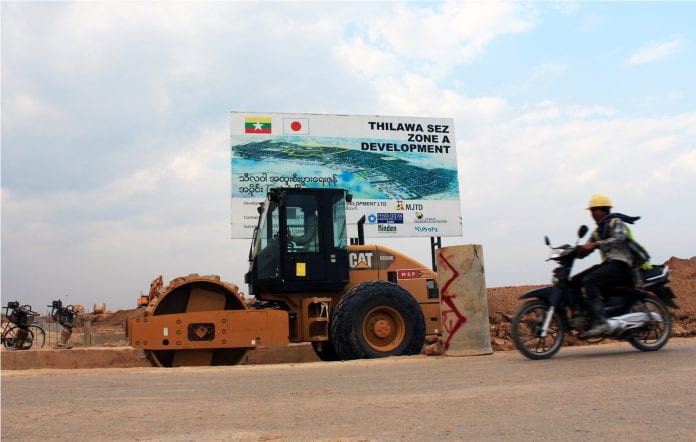 The ongoing Thilawa Special Economic Zone (SEZ) project will bring in more investments from Japan, according to Dr Myo Thet, vice chairman of Union of Myanmar Federation of Chambers of Commerce and Industry (UMFCCI).

“Many Japanese industries will invest after the construction of Thilawa SEZ finishes. This is being built with Japanese help, while Dawei SEZ will also get support from Japan. The Japanese involvement and investments will encourage other Japanese firms to set up factories and invest in the SEZs,” Dr Myo Thet said.

Phase-1 of the Thilawa SEZ project is expected to be finished in 2015 and the rest of the phases will be finished by 2016 June, officials said. Japanese conglomerates Mitsubishi Corp, Marubeni Corp and Sumitomo Corp is involved in the construction of Thilawa SEZ.

According to an announcement from Myanmar Investment Commission (MIC), Japan ranks as the 12th largest investor among the 35 countries that are currently investing in Myanmar. Japan has invested $507.75 million in 66 projects as of April, MIC data shows.