Three Airports to be Upgraded 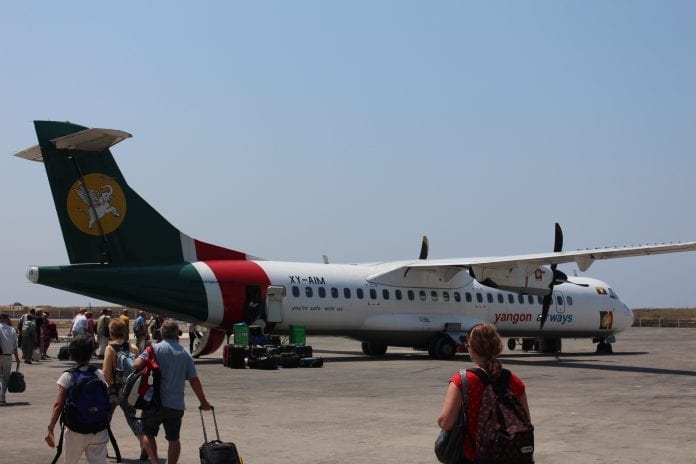 Three regional airports in the country will be upgraded in a bid to deal with the influx of tourists following the raft of reforms undertaken by the current quasi-civilian government, a top official said.
The airports at Tachileik, Nyaung Oo (near Bagan) and Heho – the gateway for Inle Lake – will be upgraded next year, U Tin Naing Tun, director general of the Directorate of Aviation, said.
“There are currently 10 foreign tourist entry airports in Myanmar and these three are the most important. After that, Myitkyina and Thandwe airports will be upgraded,” he said.
The government has made plans to improve a number of airports around the country, with the successful winners of the tender to upgrade Yangon and Mandalay's international airports being announced in August. Construction of a new international airport in Bago is also underway and is slated to be completed by 2017.
In Myanmar, 27 local airports serve 33 airlines on a daily basis.