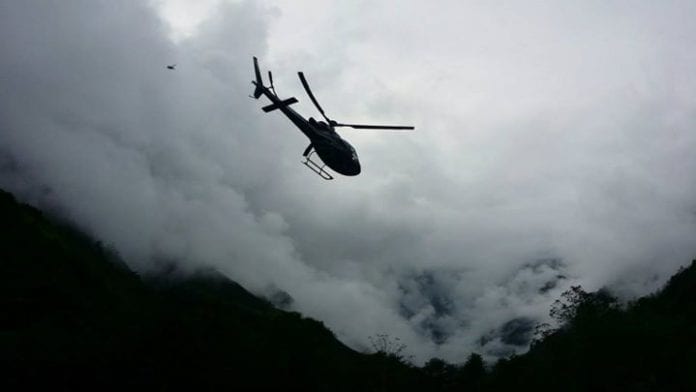 The three crew members on board of a missing Thai helicopter have been found alive in a village in Myanmar's northern Kachin state, sources with the Htoo Foundation, leading local rescue team, said Tuesday.

With good health, the three crew members, including a Thai pilot and a Myanmar pilot, were found in Lankha village in the state and arrangement is being made to bring them back to Yangon.

Search has been carried out by the army, regional police and people in cooperation with international rescue teams including that from China's Blue Sky team and that of Italy since the food- supplying Thai helicopter went missing on Sept. 27.

The helicopter, an Advance Aviation B-4, which backs the search and rescue operation of two missing Myanmar mountaineers on Aug. 31, lost contact with the ground on its way to the base camp, 20 minutes after it took off from the Putao airport on Sept. 27 at 2: 20 p.m. local time (0820 GMT).

On board the Thai helicopter were Thai pilot Chat Chawali, Myanmar pilots U Aung Myat Toe and U Shwe Yin Taw Gyi.  Xinhua