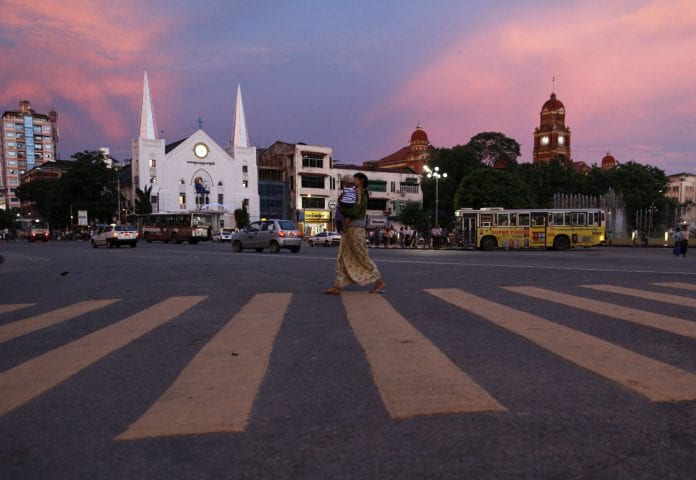 The year 2015 could turn out to be a historic year for Myanmar in many ways. Most importantly, for the first time in over half a century an election is scheduled at the end of the current government’s term. It will also be the first election after major political, economic and social reforms that were undertaken in early 2011.

In many ways, the country today is very different than it was at the time of the previous election in November 2010. The semi-civilian government which administered the country over the past five years undertook major political and economic reforms which have greatly transformed the country.

After an initial focus on political reforms and national unity, a major economic reforms program was set in motion to liberalise and unlock the potential of the national economy. Some of the most notable reforms included the unification of the exchange rate, the Foreign Exchange Law, the Foreign Investment Law, the Central Bank of Myanmar Law, reforms of taxation, national fiscal management and transparency, liberalisation of trade, reforms in the education, health and in the labour market, laws relating to land use, agriculture, telecommunications, industrial development and the Special Economic Zones (SEZ) Law among others.

While these changes have been remarkable by all measures, a few complex but very important pieces of legislation are still pending in 2015. To keep the momentum of the reforms, their early approval should be a priority, and in view of the pending election, this is why 2015 will be such an important year. The piece of legislation concerned are the Banks and Financial Institutions Law of Myanmar, the Companies Law, and the Myanmar Investment Law.

The Banks and Financial Institutions Law will provide the needed up-to-date legal context governing the development of the banking and financial sector, replacing the 1990 Financial Institutions Law. The lengthy and detailed draft document introduces several new concepts such as non-bank financial institutions, mobile phone and e-banking and credit bureaus including private bureaus. It defines capital and reserve requirements not only for domestic banks but also for “branches or subsidiaries” of foreign banks, thus providing for the possibility of further opening of the banking sector to foreign banks. On prudential requirements, it includes strict provisions against large exposure risk, lending to related parties, money laundering, liquidity and solvency. The law also sets clear guidelines for corporate governance, including a “fit and proper test for directors and officers”. Finally, it contains an extensive discussion of administratorship, rehabilitation of bank licensed institutions and liquidation of banks. The law will significantly strengthen the role and authority of the Central Bank.

The law which was drafted with support from international financial institutions reflects international best practices and incorporates provisions to protect the Myanmar banking sector from such calamities as the 1997-98 Asian financial crisis the 2003 Myanmar banking crisis, and the 2008-09 global financial crisis. It will prepare Myanmar’s financial sector to participate in an increasingly globalised and complex financial system. The advanced nature of the law, its emphasis on transparency and good governance in the financial institutions as well as the much larger role and responsibility it gives to the Central Bank of Myanmar will face resistance and will be much debated. At the end of the day, the law in its final form will be a major test of confidence in Myanmar’s financial system and in the success of the reform process.

The second major piece of legislation in the drafting process is the Myanmar Companies Law, which will replace the current law dating from 1914. The new law will bring the incorporation of limited liability companies, the responsibilities and qualifications of companies’ directors and the liquidation of a company in line with modern practices and legal processes. It should also provide guidance on the process of issuing securities and on corporate governance. The long overdue new law will be a key part of the reform process as it will clarify the status of companies and how they are created and managed.

In particular, the distinction between a Myanmar company and a foreign company should be clarified, and this could be the subject of much debate. The current law prohibits foreign shareholding in a Myanmar company. As such the new law appears to be a precondition for the successful launching of the Yangon Stock Exchange later in 2015. Transparency, good governance and clear disclosure rules will be important for companies wanting to list on the stock exchange as well as for their relationship with banks. A modern Companies Law is thus closely related to the development of the financial system, and an early adoption is therefore crucial.

The final piece of important legislation making 2015 a special year is the new Myanmar Investment Law, which will merge the current Foreign Direct Investment Law with the Myanmar Citizens Investment Law. The existence of the two laws have created confusion since the FDI law was revised in 2012, creating a situation in which foreign and domestic investors were treated differently. There were a number of contradictions between the two laws. Most countries govern all investors under one unified law.

The new law should make the investment environment much more transparent and allow for a significant improvement in the investment incentives regime. It should also allow for a much more strategic approach to investment priorities as part of the development planning process. There is also a need to bring the Myanmar investment regime in line with the commitments under the ASEAN Economic Community. As with the Companies Law which it will naturally complement, much debate might however occur on the definition of foreign and Myanmar investors. It would be a major opportunity lost if long debates hold up the adoption of this major piece of legislation complementing both the Banks and Financial Institutions Law and the Companies Law.

These three laws are major pieces of legislation. They complement each other and will provide the legal framework for the accelerated development of the economy over the years to come. At the same time, their complexity in the current legal context of Myanmar and the sensitive issues they could raise is the subject of much debate, particularly right before the election.

Jean-Pierre A Verbiest is a senior economist based in Southeast Asia for over 30 years. His principal research interests are macroeconomic and development policies in East and Southeast Asian countries, regional economic and financial cooperation and integration in Asia, and economic and financial policy reforms in Myanmar. In 2012, he provided support to the Central Bank of Myanmar in the exchange rate unification process, and has also collaborated with the Ministry of National Planning and Economic Development of Myanmar.