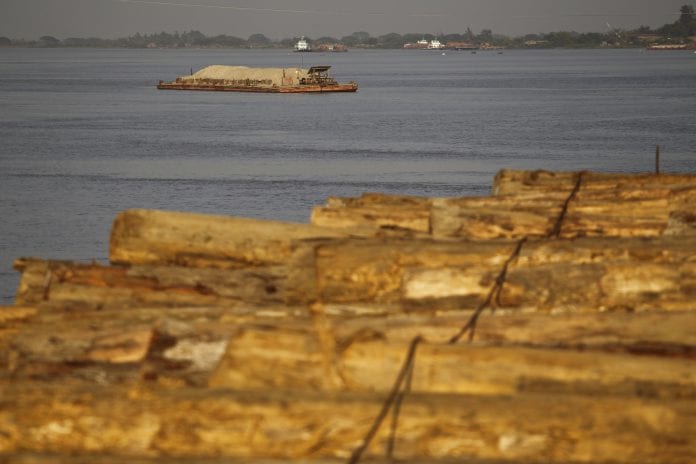 Myanmar timber traders have unanimously suggested regulations be issued to streamline log imports, which commenced months after exports of the product were banned, according to U Kyaw Win, managing director of the National Wood Industry.

After the government banned the export of logs on April 1 – a policy meant to prop up the country’s wood processing and finished products industry – Myanmar imported 15 tonnes of Ash timber from Switzerland, the first timber import ever to enter the country.

With cheaper log prices, the importation of timber into the country is aimed at supporting the productivity and profitability of domestic processing operations and help decrease rampant deforestation.

Observers also say the increase in productivity of local processers due to the ability to import logs – even with the quality slightly less than that of teak – could support an increase in job creation.

“Logs are imported at a price of $400 (K400,000) to $700 (K700,000), which is only half the price of Myanmar teak. But regulations to streamline the importation of the product are lacking and we have requested [the authorities] to address the issue,” U Kyaw Win, managing director of the National Wood Industry, told Myanmar Business Today.

The traders must treat carefully when importing timber as the necessary regulations are yet to be established, and thus could cause delays and problems in the process, U Bar Bar Cho, joint secretary of Myanmar Timber Merchants, told Myanmar Business Today.

Deforestation is rampant in Myanmar. The ecosystem on the whole has sustained significant damage due to unsustainable and irresponsible logging and without the replanting of hardwood trees, U Ko Ko Htwe, manager of Taw Win wood processing plant, said.

“In other countries, the logging industry is regulated to operate in sites where trees are replanted so forests are sustained. The end-users prefer log imports and this can also create more jobs,” he added.