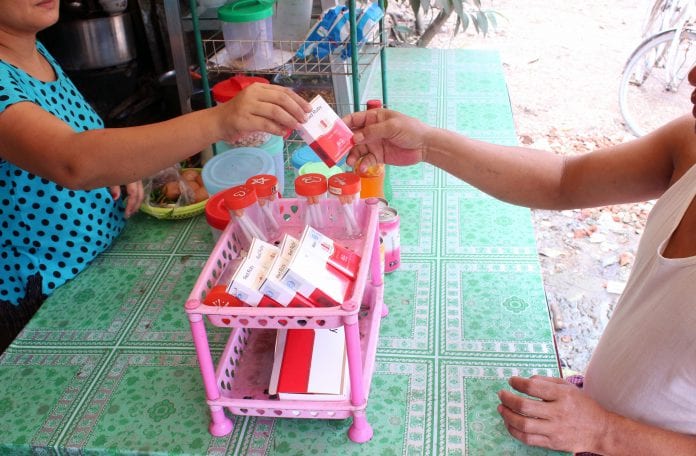 Tobacco companies have paid taxes in advance for the production of an additional 27.4 million packs of cigarettes for the 2014-15 fiscal year, according to the Internal Revenue Deparment (IRD).

The total declared amount of cigarette packs to be produced in the current fiscal year now stands at 461.8 million packs, up 27 percent compared to 2013-14FY.

Four cigarette factories were inspected in June at the instruction of the Tax Regulation Board to confirm the number of tax stamps bought matched the actual number of packs being produced. The inspections found the factories to be in compliance, officials said.

Cigarette companies operating in Myanmar have been increasingly bold in their marketing campaigns, activists and regulating officials said.

The 2006 Cigarettes and Tobacco Products Law had helped reduce intense marketing of products in the years following its enactment. However, since 2010 marketing campaigns have rebounded and an increasing number of new cigarette brands are entering the market.

Marketing campaigns are more visible in rural areas, with sale booths and advertisements materials being set up at traditional ethnic festivals, activists said.

“No one has been penalised in accordance with the cigarette and tobacco law. This demonstrates the government’s failure to enforce the law to its full extent,” said Dr Nyo Nyo Thin, a member of the parliament.

Cigarette and cheroot has been widely produced in Myanmar for a long time, and being a labour-intensive industry it has been difficult to uproot, industry insiders say.

In this fiscal year, the company has ordered 344 million tax stamps and has paid K31.03 billion ($31 million) for tax stamps, according to the IRD.