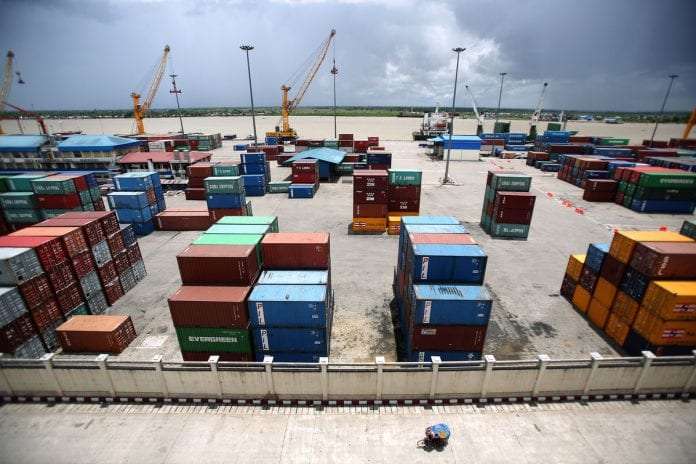 Contracted foreign investment in Myanmar reached nearly $50 billion with 783 foreign enterprises investing in the country as of the end of September, according to latest official statistics.

Of the 36 countries and regions investing in Myanmar, China ranked first with over $14.45 billion, accounting for 30 percent of the total, followed by Thailand with $10.2 billion.

According to the Directorate of Investment and Company Administration, among the 783 foreign enterprises, 73 are from China, 80 from Thailand, 134 from Singapore and 85 are from Hong Kong.

Of the total enterprises, eight intend to invest in the power sector, 132 in oil and gas, 392 in manufacturing, 69 in mining, 27 in transport and communication, 57 in hotels and tourist and 28 in real estate.

However, current existing actual foreign investment in Myanmar stands at $39 billion with 522 enterprises having made the actual investment as of the same period, a Myanmar Investment Commission announcement said.

The existing foreign enterprises include 53 from China, 68 from Hong Kong, 98 from Singapore and 44 from Thailand. Of those enterprises, 81 have injected funds in oil and gas, seven in power, 303 in manufacturing, 18 in transport and communication, 11 in mining and 42 in hotels and tourism.