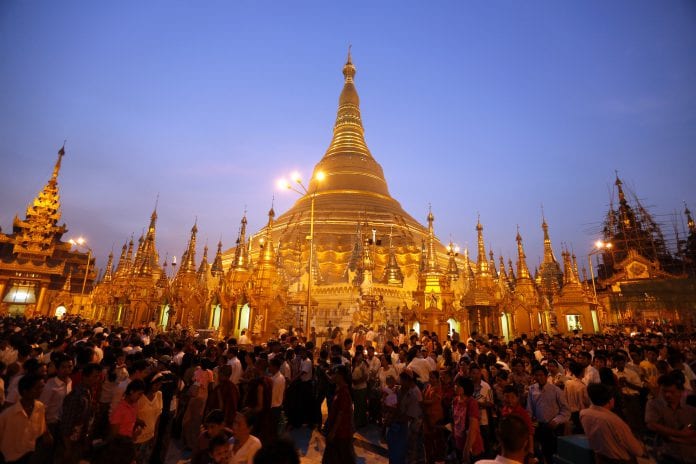 “In 2013, tourist arrival figure was about two million with $900 million in tourism receipts. As we expect 3 million tourists in the coming fiscal year, tourism income should hit about $1.2 billion,” U Aye Kyaw, a travel and tour entrepreneur, said.

Tourists visiting Myanmar stay in the country for at least two days and a tourist usually spends about $400 on average including accommodation expenses, he said.

France topped the chart among European countries in terms of visitor numbers last year with a total of 33,250 tourists coming to the Southeast Asian country, while Thailand remained the top Asian country with 116,126 visitors.

Among the travellers coming via air, 803,014 came through the country’s commercial hub Yangon, more than 40 percent increase compared with 2012.

As the tourists swell in number, the hotel business also booms across country. Currently, 924 hotels are in business with 3,500 rooms. Room charges vary from $50 to $300, hotel entrepreneurs say.

The tourism industry grabbed $534 million in 2012 and $900 in 2013 in tourism receipts, according to the Ministry of Hotels and Tourism.