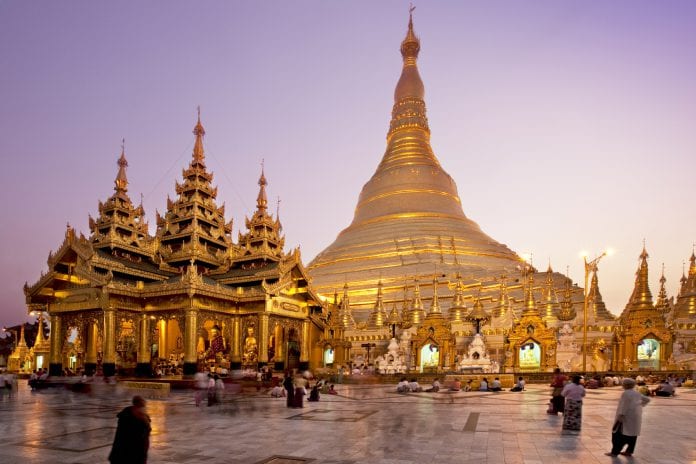 However, tour guides and industry insiders say the basic service charge is still different depending on the foreign languages the tour guides speak.

“We introduced a fixed daily fee for all tour guides around Myanmar to be fair on them. But now as tour guides serve the thronged globe trotters in Myanmar, tour guide fees are being determined based on the languages they speak. For example, an English speaking tour guide’s charge differs from that who speaks German or French,” tour guide trainer U Day Yar said.

“Tourism sector is now benefitting our country more than ever. We have a fixed tour guide fee per day. But this is not being followed,” Ko Ye Naing, an English speaking tour guide, said.

“Now we receive many tourists from Germany, France and Italy. And, guides speaking languages from those countries charge $5 or $10 more than English speaking tour guides.

“All tour guides serve with goodwill, so everyone should get the same fee,” Ko Ye Naing said.

However, U Than Ko, another tour guide trainer, thinks that the basic tour guide fee should be set based on the tour guide’s language abilities.

“Myanmar attracts tourists from all around the world, and French and Japanese-speaking tour guides are particularly in high demand. So, guides who speak those countries’ languages can charge more,” he said.

Myanmar’s tourism high season begins in early November. As the country’s profile as a tourist destination continues to grow, tourism figures are likely to reach record figures once again this year. In 2012, arrivals reached more than 1 million for the first time and authorities hope that figure will reach 3 million in 2014.