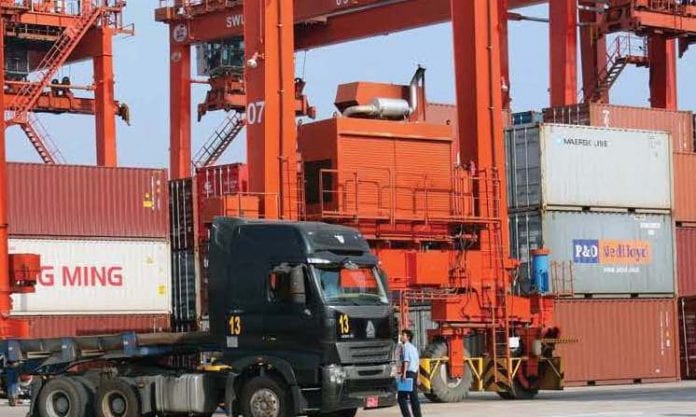 Myanmar has run into a record $900 million trade deficit during the first 45 days of 2015-16 fiscal year, which started on April 1.

From April 1 to May 15, Myanmar exported $400 million worth of goods and imported $1.3 billion, according to the Ministry of Commerce.

“This deficit situation needs to be tackled. We need to adjust imports and exports and we need to develop a long-term plan to export finished products instead of raw materials,” economist Dr Nay Zin Latt told Myanmar Business Today.

However, he added that the current situation is not yet worrisome from a structural perspective.

Both imports and exports are expected to increase as a result of the National Export Strategy being implemented this year.

The Ministry of Commerce estimates that the amount of total trade for this fiscal year will be $30 billion, up from over $27 billion in 2014-15.

However, total trade in the first 45 days of this fiscal was about $300 million lower compared with the same period last year.