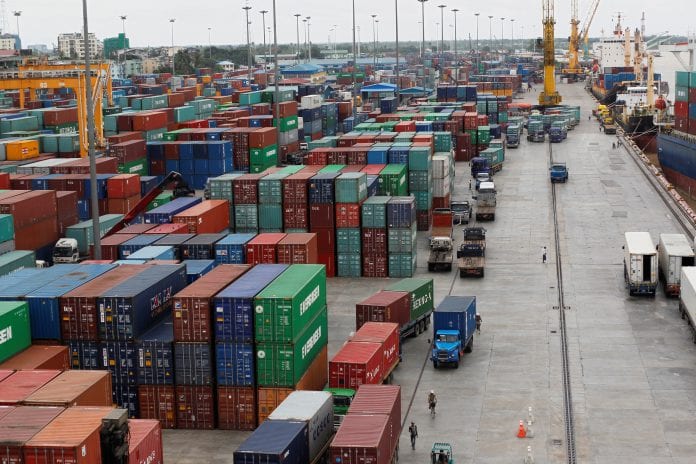 Although Myanmar’s foreign trade volume is showing gains annually, the gap between imports and exports is widening, according to the statistics of the Ministry of National Planning and Economic Development.

Trade from April to July this fiscal year posted $3.38 billion exports and $5.15 billion imports with a deficit of $ 1.77 billion.

Foreign investments should also be taken into account when approaching the issue of trade deficits, said economist U Than Soe.

“In oil and gas sector, just two or three companies account for billions of dollars in investments. These figures are not included in trade,” he told Myanmar Business Today, adding that local exporters need to further penetrate global markets.

During April and July of the current 2014-15 FY, trade with China, Myanmar’s biggest trade partner, saw $1.06 billion exports and $1.69 billion imports. Trade with Thailand, the second largest trade partner, stood at $1.20 billion in exports and $521.27 million in imports, recording a surplus. However, the surplus can be attributed to the large amount of gas that Myanmar exports to Thailand every year.

Trade with Singapore during the period posted $173.68 million exports and $1.16 billion in imports with a deficit of $984.9 million, making this trade the most disproportionate among trades with foreign countries.

The Ministry of National Planning and Economic Development said it is developing initiatives to support trade growth.