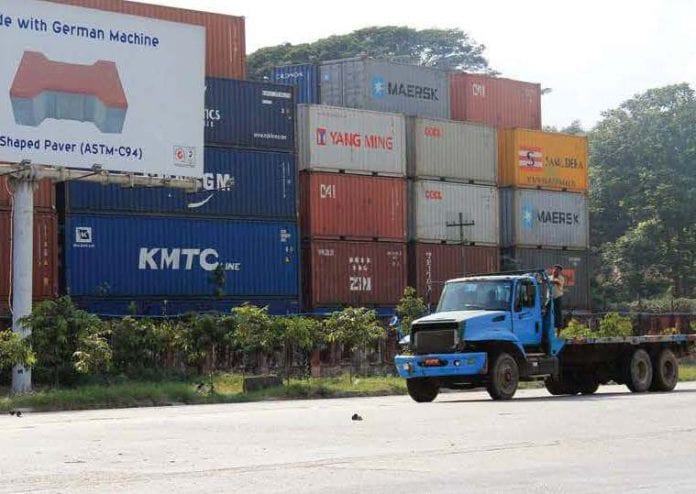 Myanmar’s foreign trade in 2014-15 fiscal year as of January 16 has exceeded that of the same period last year by $2.26 billion although the exports have decreased, according to the statistics of the Ministry of Commerce.

“That the country is a net importer is not a cause for great concern. Both imports and exports are high. Although the trade deficit grew to over $3 billion, it can be attributed mostly to imports for investment projects such as materials for large projects in Thilawa SEZ and Dawei SEZ. We cannot expect any future growth without such imports,” Dr Maung Aung, advisor to the Ministry of Commerce, told Myanmar Business Today.

Meanwhile, overland trade via the border crossings saw $3.28 billion in exports and $1.78 billion in imports, up in both exports and imports by $965.29 million and $374.85 million respectively than last year.