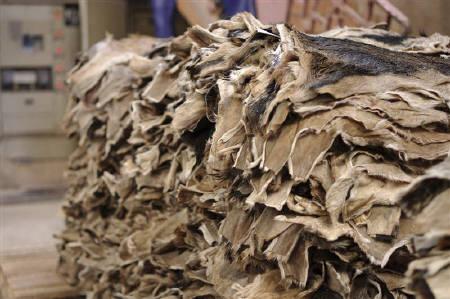 Traders have sent a request to the Ministry of Commerce (MOC) to facilitate in removing a Chinese ban on fine goatskin leather exports from Myanmar to Yunan province in China, U Tun Lin Soe, general secretary of Muse-Nantkham border trading hub, said.

The request for an export licence for the product, which has been submitted in May, has not met with any responses so far, while the government’s support is essential to lift the Chinese ban on the product, U Tun Lin Soe said.

“This product has been officially exported through the border channel in the past. But later it was banned by the Chinese central government on the grounds of bacterial contamination and foot-and-mouth disease,” said U Htay Oo from the border trading hub.

Fine leather products are at risk of containing germs and also chemicals which are used to make it last longer, according to U Toe Aung Myint, director general of the Department of Export Promotion from MOC.

The ban from China claiming it contains food-and-mouth disease risks can be lifted only through negotiations between the two sides, he added.

“We have fine leather products ready to export to Yunnan, but we haven’t received an export licence yet so we want the officials to take the problems of traders into account,” U Tun Lin Soe said.

Rough goatskin, produced by mixing goatskins with salt, has been exported to China in the past through the cooperation between the government’s now dissolved Agri-business Department and private companies.

China is a major market for goatskin leather, but requires a certification clarifying the product is clear of germs that cause foot-and-mouth disease or bird flu from the Livestock Breeding and Veterinary Department in Myanmar.