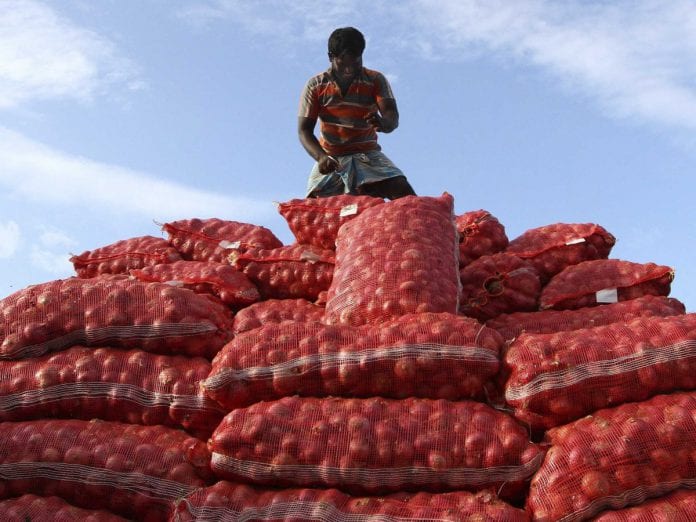 Farmers such as 68-year-old Ghanshyam Gokale are quietly shaking up agricultural commodity trading in India, forcing the likes of top soybean processor Ruchi Soya to shift its business model away from futures contracts and towards the “spot” market.

Gokale, and other prosperous growers like him, has stopped selling his crops immediately after harvesting. Instead, he has converted his old house into two warehouses, where he stores his produce and waits for prices to rise when supplies dwindle.

Rising wealth due to a rally in agricultural crop prices, a jump in farm loan disbursement at more favourable interest rates and larger houses with space for storage are giving millions of farmers the freedom to decide when to sell their harvest.

That is disrupting seasonal supply patterns and squeezing processors and exporters, who have been left unsure whether they will get enough supplies on time to fulfil their contracted obligations.

“Money gives you the power to hold crops,” said Gokale, who kept back his entire harvest of 350 quintals (1,295 bushels) of soybeans from 30 hectares (75 acres). “Farmers are getting higher prices. They are becoming rich.”

Soybean, rubber, rice and sugar cane prices have more than doubled in five years, while wheat and corn prices have surged more than 60 percent, boosting earnings of farmers.

“Usually small farmers rush to sell their crops in the first three-four months after harvesting and prices fall,” said Gokale, who plans to build a cold storage for potatoes at his farm in Piwdai village, near the central Indian city of Indore, 600 km (370 miles) north-east of Mumbai.

“I started selling crops after six months. By that time supplies fall and I garner higher prices.”

The number of farmers moving away from the traditional supply cycle is rising every year, forcing traders and exporters to adjust.

“We have changed our business model with more spot month basis soymeal sales than longer term,” Nitesh Shahra, president of the refinery division at Ruchi Soya, told Reuters. “It is a step back from what is happening in the world, but we have to live with the situation.”

Spot sales are conducted for immediate settlement, whereas futures contracts involve selling goods for delivery some months ahead.

The shift does bring some advantages for Ruchi Soya, which crushes soybeans bought from farmers to produce oil and meal that it mainly exports.

“Since now it is more spot-to-spot trade, you don’t need to keep inventory. So cost of inventory and risk of carrying inventory will go down … hedging requirement is also going down,” Shahra said.

In August and September oil mills aggressively struck deals to export soymeal as soybean prices were around 3,400 rupees per 100 kg, and were expected to fall with new season supply starting from October.

But when the mills started to execute exports orders, soybean prices jumped above 3,900 rupees as farmers held back supplies.

“Just to fulfil soymeal export obligations some oil mills bought soybean at a higher price, but they incurred losses from the deals,” said Rajesh Agrawal, coordinator of the Soybean Processors Association of India (SOPA).

India’s imports and exports of farm goods have become more volatile as a result of the shifting supply patterns.

Soybean supplies in the first half of the 2012/13 marketing year ended on Sept. 30 fell 7 percent from a year ago in top producing Madhya Pradesh state, while in the second half they jumped 85 percent. Consequently India’s soymeal exports in the first quarter of the year fell nearly 27 percent from a year ago, but in the last quarter of the year jumped 157 percent.

India’s natural rubber imports in the September quarter more than doubled from a year ago due to a domestic supply crunch.

“You don’t know when you will get nasty surprise,” said an official at the Automotive Tyre Manufacturers Association. “In July tyre companies were not getting enough rubber despite paying a nearly 10 percent premium over global prices. They were forced to increase rubber imports.”

In September and October, farmers’ holding back of supplies of onions, a staple of many Indian dishes, forced the government to organise emergency supplies from China and Iran to calm record prices ahead of elections in five states.

With the exception of highly perishable commodities such as some vegetables, farmers have started holding back almost every crop, from pulses to cotton to rubber, says Nitin Kalantri, a pulses miller based at Latur in the western state of Maharashtra. As a result, he struggles to operate his mills at full capacity.                  Reuters