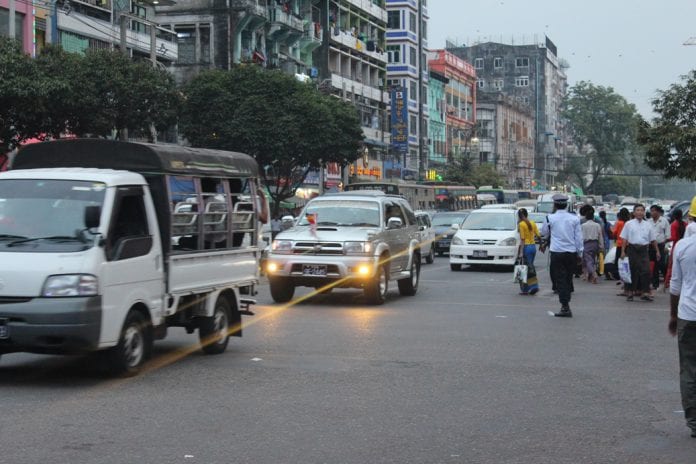 “We welcome this initiative. We need to have laws that foster better transportation services for the public,” U Hla Aung, chairman of Ma Hta Tha, said.

“The structure of this organisation will be handled by the responsible persons appointed by the government according to the law. It will take some time to implement,” he added.

The bill is expected to include provisions such as nationalising the local bus networks, implementing a modern highway system and stipulating related punishments for violations of law.

There are 365 bus routes in Yangon which serve 2.2 million of passengers with 4,304 buses daily, according to Ma Hta Tha.

The supervisory body, which was formed in 2010 by the regional government, overview the bus lines and takes action against violations of road regulations.

The committee has recently taken over the task of registering taxis from the Yangon City Development Committee and already inspected 55,131 taxis, according to a secretary of Ma Hta Tha.