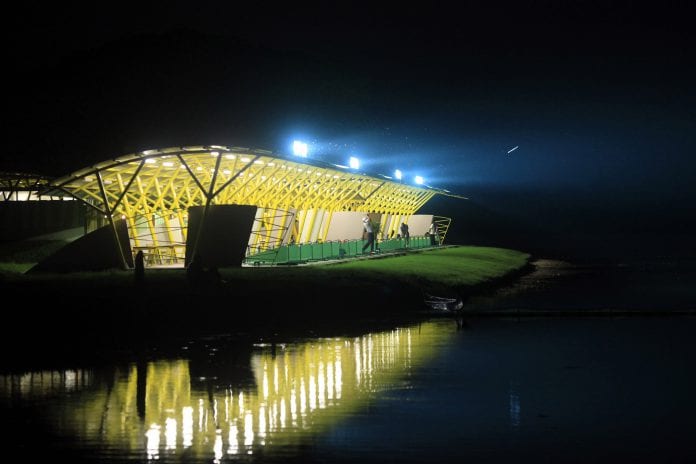 Two Buddhist temples act as book ends to the small waterway where my golf ball has just landed, instead of dropping as it should have onto the 12th fairway. Despite my gestures of protest, my caddie rolls up her lime-green uniform and wades in to retrieve the ball. I was playing golf amid the ancient pagodas of Bagan, Myanmar. It wasn’t an intentional game. An exploratory bike ride had taken us to the course, which lay almost incidentally around the 11th century temples built by past kings.

The club house was rudimentary, there were no ladies tees and the fairways were bits of grass here and there. But they rented out clubs and insisted on caddies and a buggy, which seemed incongruous against the backdrop of ancient temples.

The female caddies, common in Asia, wore distinctive, yellow thanaka paste on their faces and spoke no English except ‘good shot’. They showed no sign they knew how to play. But they would hunt for a ball under barbed wire, in cow-covered regions out-of-bounds and in tributaries of the Irawaddy River. This was no Augusta, but it’s doubtful whether anywhere else in the world you’d be lining up your putts with reference to ancient pagodas.

Golf is a popular game in Myanmar, first played when the country was under British rule. The sport suffered from lack of investment under military rule, but that is changing as foreign funds flow in. The country now has 127 courses, according to the R&A, one of golf’s governing bodies. Yangon has numerous golf shops, rumoured to be stocked with gear that generals are trying to flog – gifts from visiting businessman who knew of their liking for either golf or Johnnie Walker Blue Label. It also has the Pun Hlaing Golf Estate, the country’s leading course, host to the 2015 Myanmar Open.

The drive to the course is lined with signs soliciting drivers to view the latest housing showrooms – Florida-style villas and apartments with rents starting at $3,500 a month. They are homes for the local rich, who have made their fortune in teak or timber, and for expatriates arriving to make theirs. A new bridge from the city has recently been built, halving the time to the Gary Player-designed course eight miles (13km) from downtown Yangon. The private course opened in 2002 and transformed land that previously served as rice paddies. With its din of development, it couldn’t be more different from the course at Bagan. It’s set between two rivers, the Pun and the Hlaing, and 18 lakes. The fairways are manicured, the greens pristine, and there are plenty of American-style amenities – more Florida than Myanmar. Glimpses of another world make surprise appearances, however. Walking between the fifth hole and a temporary sixth takes you along the river where Burmese fishing boats bob and the signs of river life take you back to reality.

As you tee off for the sixth hole, the Shwedagon Pagoda looms in the distance. (Reuters)

China, Myanmar’s major trade partner, has closed all the border tradeposts on the Myanm-China border with the closure of Chin Shwe Haw border trade...
Read more

Agriculture sector receives less than one percent of FDI in as...

Agriculture sector receives less than one percent of FDI in as...