UK High Speed Rail Plan “Not Worth The Money” 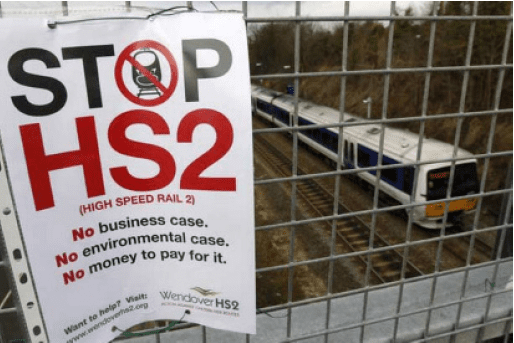 Britain should abandon plans for a multi-billionpound high speed rail link between London and central and northern England because it will not offer value for money, an influential business group said on Tuesday last week. The government has said the project will generate thousands of jobs and boost business by slashing travel times from regional cities to the economic powerhouse in the capital.

But the warning from the Institute of Directors (IoD) adds to a growing chorus of dissent, from senior opposition figures, communities along the route and some of the government’s own supporters, alarmed by the cost and the impact of building work.

“It is time for the government to look at a thousand smaller projects instead of falling for one grand folly,” IoD director Simon Walker said in a statement.

Britain has long grappled with charges that it lags behind other European networks like France’s high-speed TGV system, and developing nations like China, which started using the world’s longest high-speed railway line in early January.

Just over 40 percent saw it as important to their business, down from 54 percent two years ago, the organisation added.

The government had to increase its budget for the project by almost £10 billion ($15.58 billion) to £42.6 billion in June because of the addition of a tunnel to the plans.

HS2 Chief Executive Alison Munro defended the scheme on Tuesday last week, saying Britain’s existing lines would not be able to cope with growing passenger numbers and the new line would regenerate many British cities.

“There are after all only so many trains you can fit into a section of track and the East Coast and West Coast main lines are virtually full already … There is no other alternative that delivers the benefits of HS2,” she said.

Former British finance minister Alistair Darling, from the opposition Labour party, said this month the rising budget would drain funds from other lines.

He was in power when the first stage of the project was approved in principle in 2010, but the spiralling cost had forced him to change his mind and oppose it, he said.

The first phase of the project, between London and Birmingham in central England, is scheduled to start in 2017 and finish in 2026. The second phase, linking Manchester and Leeds, is due to be completed by 2033.