UMFCCI to Set Up Business Forum to Aid Domestic Entrepreneurs 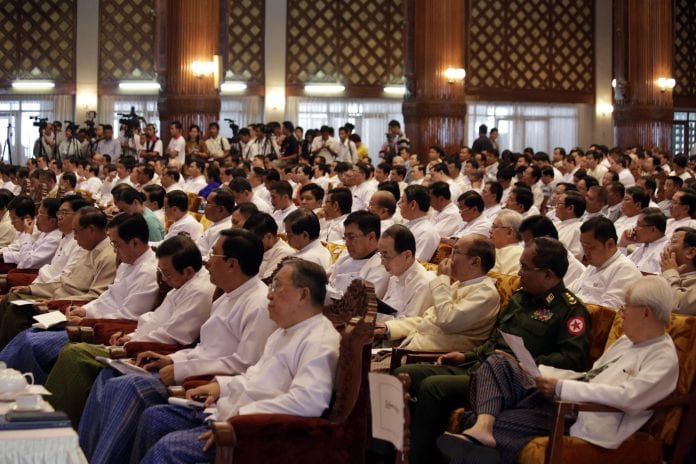 The Union of Myanmar Federation of Chambers of Commerce and Industry (UMFCCI) will set up Myanmar Business Forum (MBF) in a bid to support the private business entities in the country, the apex business body said.

The forum will be performing as a bridge between private business organisations and the government, it said, adding that working groups of both sides will be formed for the continuous discussion between them.

In February, President Thein Sein instructed the formation of the forum in a meeting with entrepreneurs.

Private business organisations will be able to present economic challenges and difficulties they face to the government in the forum, which will be held twice a year, UMFCCI said.

The first business forum will be held in July this year, sources said, adding that the MBF will be chaired by President U Thein Sein.

U Win Aung, chairman of UMFCCI, said MBF is expected to report on the conditions of entrepreneurs and support the development of the economic sector.

International Financial Corporation (IFC) of the World Bank Group, will offer technical support to UMFCCI for holding the MBF. As a first phase, MBF Orientation Meeting was launched two weeks ago. IFC helped form similar forums in 13 other countries, including ASEAN members Laos, Cambodia and Vietnam.

According to various estimates, the private sector accounts for 90 percent of Myanmar’s economy.