UN to Help Myanmar Prepare for A Warming Climate 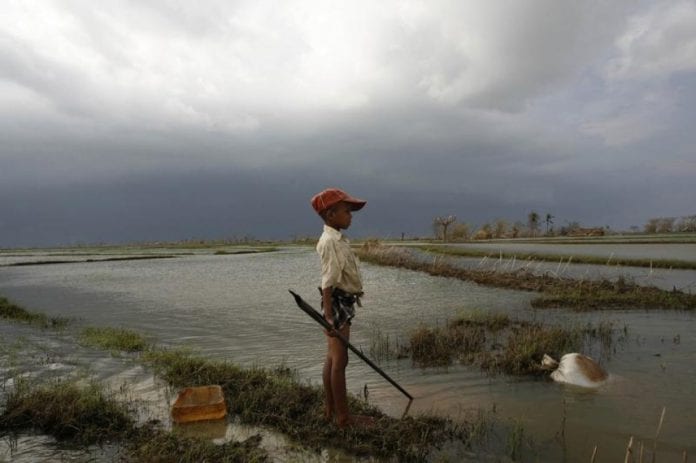 UN agencies have signed an agreement with Myanmar’s government to help the Southeast Asian nation prepare for climate change impacts, including droughts, cyclones and flash floods.

“The impacts of climate change are here and now in the present, and are likely to become more severe in the future,” said Yoshinobu Fukasawa, UN-Habitat’s regional director for Asia-Pacific.

“These impacts threaten both the progress towards the Millennium Development Goals Myanmar has made in the last few years and also the rapid economic growth the country is currently experiencing.”

In May 2008, for example, Cyclone Nargis swept across Myanmar, triggering a huge sea surge and killing nearly 140,000 people. It destroyed villages and paddy fields, seriously affecting up to 2.4 million people in Yangon and the Irrawaddy Delta. Scientists expect more intense storms like this, as the planet warms.

The four-year programme will be led by the Ministry of Environmental Conservation and Forestry and implemented by the two UN agencies. The European Union has provided €4 million ($5.45 million) in funding as part of a wider global initiative.

“The momentum of reform and the possibility for rapid growth means that there is a unique opportunity here to encourage a low-carbon development model and ensure climate change adaptation is well-mainstreamed,” the delegation of the European Union to Myanmar said in a joint statement on the inking of the agreement in the capital Nay Pyi Taw.

“It is crucial that this growth and development the country is striving for is not undermined and compromised.”

The programme aims to raise awareness among government, civil society, researchers and the private sector about the need to address climate change, to coordinate grassroots planning for climate change, and to pilot activities that will build resilience in coastal and delta regions.

At the signing ceremony, Win Tun, Myanmar’s minister for environmental conservation and forestry, said: “Climate change is one of the most challenging issues of our age and there (is) no time to delay the fight against it.”