UN, US Call for Investigations Into Thai Trafficking of Myanmar Refugees 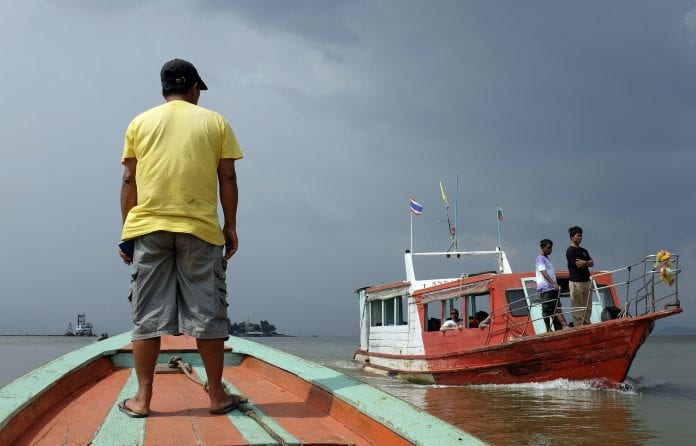 The United Nations and the United States called for investigations into the findings of a Reuters report that Thai immigration officials moved Myanmar refugees into human trafficking rings.

The report, published on December 5 and based on a two-month investigation in three countries, revealed a clandestine policy to remove Rohingya refugees from Thailand’s immigration detention centres and deliver them to human traffickers waiting at sea.

The Rohingya, stateless Muslims from Myanmar, are then transported across southern Thailand and held hostage in camps hidden near the border with Malaysia until relatives pay ransoms to release them, according to the Reuters report. Some are beaten and some are killed.

“These allegations need to be investigated urgently,” UN refugee agency spokeswoman Vivian Tan said in a statement. “We have consistently asked countries in the region to provide temporary protection, including protection against abuse and exploitation.”

Washington issued a similar call hours later. “We are aware of reports alleging that Thai officials have been involved in selling Rohingya migrants to human traffickers,” US State Department spokeswoman Marie Harf said. “We urge the Thai government to conduct a serious and transparent investigation into the matter.”

“We remain deeply concerned about the safety of and humanitarian conditions for vulnerable communities in Burma, including refugees and asylum seekers on Burma’s borders and elsewhere in the region,” Harf added.

Major General Chatchawal of the Royal Thai Police in Bangkok was quoted in the Reuters report saying that there was an unofficial policy to deport the Rohingya to Myanmar. He called this “a natural way or option two.” But he said the Rohingya signed statements in which they agree they want to return to Myanmar. These statements, however, were at times produced in the absence of a Rohingya language translator, Reuters found.

“The detainees also need to be informed about their options in a language they understand,” said Tan, the UN spokeswoman. “Any decision to leave must be voluntary, and those who choose to leave must be protected against abuse and exploitation by smugglers.”

However, Thai Prime Minister Yingluck Shinawatra said Thailand will help the UN and the US with any investigation into the findings of the report.

Shinawatra, who chairs a government committee on human trafficking, declined to comment on the findings when asked about her reaction.

“I cannot comment on the Rohingya issue and reaction as this is the responsibility of the Foreign Ministry to handle,” she said in a comment to Reuters, delivered through an aide.

“The ministry will liaise with the United States and the UN to help with any investigation they need.”

New York-based watchdog group Human Rights Watch criticised Thailand for moving detainees into established smuggling and trafficking rings, and warned Thailand could face a possible downgrade in a US list of the world’s worst enforcers of human trafficking laws.

Such a downgrade would place Thailand, a close US ally and Southeast Asia’s second-biggest economy, at risk of US sanctions and put it on par with North Korea and Iran among the worst performers in fighting human trafficking.

“The Thai government has some serious explaining to do before the international community,” said Phil Robertson, deputy Asia director at Human Rights Watch.

The US State Department is gathering information for its next Trafficking In Persons (TIP) report, due to be published in June. Thailand faces an automatic downgrade to Tier 3, the lowest rank, unless it makes “significant efforts” to improve its record in combating trafficking, the State Department says. The Tier 3 designation could leave Thailand subject to US sanctions.

In Congress, Rep. Joe Pitts (R-Pennsylvania) urged the State Department to press both Myanmar and Thailand to act. “When a minority group is consistently denied human rights, we shouldn’t be surprised that they would become susceptible and fall prey to the vile crime of human trafficking,” Pitts said in a statement. “I call on the State Department to do everything within its authority to work to end this heinous practice, both in Burma and in Thailand.”

Sek Wannamethee, a spokesman for Thailand’s Foreign Ministry, said the Rohingya issue was one of several the United States would take into consideration before deciding whether to downgrade or upgrade Thailand.

“The United States will look at the overall progress of Thailand,” he said. “The focus is on persecution and convictions, and Thailand has made substantive progress.”

The numbers suggest enforcement is losing steam. Nine people have been arrested in Thailand in relation to Rohingya-smuggling in 2013, including two government officials, according to police data. None of the arrests has led to convictions, however.