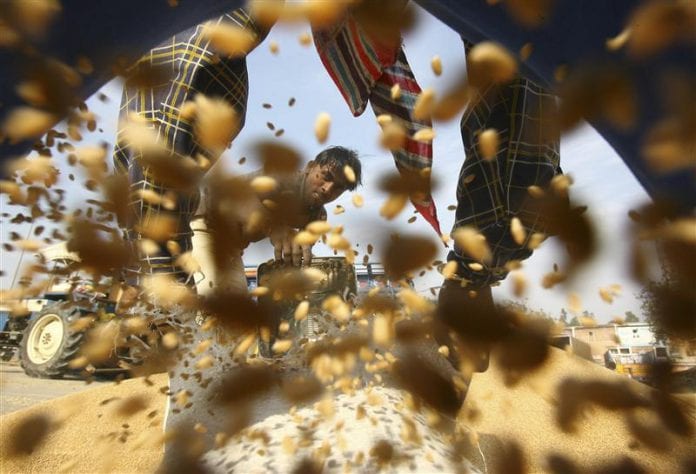 The world must increase its food production by 60 percent by mid-century or risk serious food shortages that could bring social unrest and civil wars, the UN Food and Agriculture Organization (FAO) said last week.

Demand for food will rise rapidly over the next few decades as the world population surpasses 9 billion and increasingly wealthy people improve their diets, consuming more calories, said Hiroyuki Konuma, the assistant director-general of FAO Asia-Pacific, as the body launched a one-week regional food security conference in Ulan Bator.

But as the need for more food increases, the world is spending less and less money on agricultural research, causing many scientists to doubt whether food production can keep up with demand growth.

“If we fail to meet our goal and a food shortage occurs, there will be a high risk of social and political unrest, civil wars and terrorism, and world security as a whole might be affected,” said Konuma.

The challenge is especially demanding in developing nations, which need to boost crops by a staggering 77 percent, he said.

The Asia-Pacific would be left with more than half a billion chronically hungry people even if the region meets its millennium development goal of cutting that number to 12 percent of the population, he said.

Despite progress made in fighting global hunger, the world still has 842 million undernourished people, according to FAO, of which nearly two thirds live in the Asia-Pacific. One in four children under five years old are stunted due to malnutrition.

During the green revolution in the 1980s, productivity rates for rice and wheat increased by 3.5 percent annually, but for the past 20 years the rate has been stuck at 0.6 to 0.8 percent.

The growth rate needs to be stable at around 1 percent if the world is to have a theoretical chance to avoid serious shortages, said Konuma.

Water scarcity in big food-producing nations like China is worsening, and many farmers are increasingly tempted to shift production from food to bioenergy, a popular option to cut emissions of climate-changing greenhouse gases.

Climate change is worsening the situation, as more frequent extreme weather events devastate crops. In the past three years, Australia, Canada, China, Russia and the United States have all suffered big harvest losses from floods and droughts.