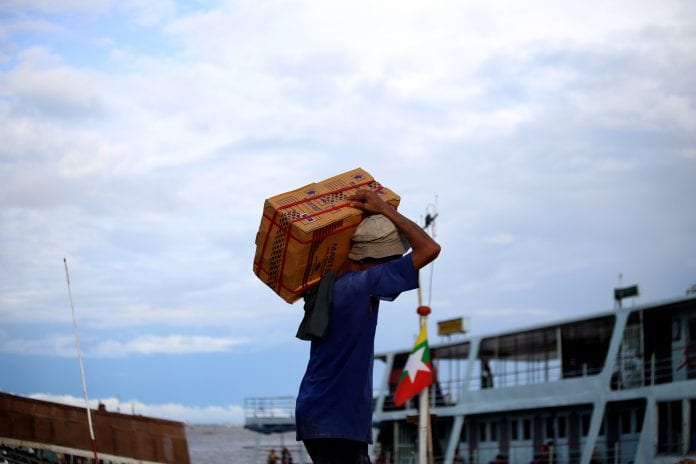 The number of employed people in Yangon region is set to increase by more than 33 percent this year compared with 2012, although unemployment rate still remains high, according to figures released by the Ministry of Labour, Employment and Social Security.

Yangon has seen a yearly increase of almost 60,000 individuals registering their employment activities with the ministry’s township labour offices, with that figure expected to rise by nearly 100,000 by the end of 2014.

Those who register their employment activities with the ministry must pay tax on their incomes but are eligible for benefits in the country’s social welfare program and worker protections.

These figures are widely believed to hide larger informal unemployment issues, particularly those faced by newcomers to Yangon.

However, experts say unemployment needs to be addressed with increasing development and growing regional populations set to put further strain on state infrastructure — as financed through government income.

Despite these yearly increases, Yangon still remains beset by unemployment, due largely to the lack of employment opportunities available, as well as a coordination problem where job hunters do not have access to formal job listings, networks or recruitment agencies.

The Yangon city region, home to almost 8 million people, boasts almost 200,000 workers in the garment industry, one of the largest employment sectors, with increasing foreign investment predicted to increase these numbers.

“Most people legally working in Yangon has come from other parts of the country. Many job opportunities have also been created by the arrival of foreign investment, with the number of formally registered workers almost doubling,” U Thet Htun, director of the Department of Labour, said.

Consequently there is a large gap between the working population and the total population of Yangon. Although job opportunities have increased in Yangon, people without any network are looking for jobs through job agencies while some people pursue work in familiar surroundings and contexts.

The high number of unemployment is partly contributed by the lack of recruitment opportunities for youths from the government, U Steven Thar Bate told an upper house section of the parliament.

Experts say more job opportunities must be created to employ the yearly rising population of Yangon and reducing unemployment rate depends on the economic development of the country.