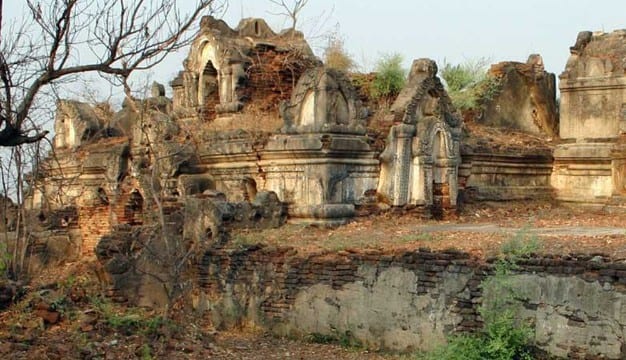 UNESCO’s recent listing of three ancient Pyu-walled cities, in Myanmar’s dry upper Irrawaddy regions, are widely hoped to increase sustainable investment in the regions, with the possibility of future tourism to the World Heritage sites boosted.

The cities, Sri Ksetra, Halin and Beikthano, represent a large stretch of area occupied by the bronze-age Pyu people, before the decline and collapse of their society in the 9th century.

However, the UNESCO listing does not include several other well-known walled city sites known to have been part of Ancient Pyu states.

The Pyu sites, only 1 of the 15 sites on the register of historical and natural sites, were granted listing June 22 which makes the sites eligible for financial and technical assistance from the UN’s body for the preservation of cultural works.

Deputy Minister for Culture Sandar Khin welcomed the listing of the sites, signaling that the Ministry will draw up legal frameworks governing farming and settlement in the new World Heritage areas, currently inhabited by 10,000 people.

However, she pledged the new regulations would not see people forced off their land.

The Bagan archeological area, Inle Lake and several other ancient cities in several areas of Myanmar featured on the “tentative list,” however, no such decision has been made by UNESCO regarding their listing.

The archeological area of Bagan, with its 3,000 stupas and monuments, has been subject to some controversy regarding listing due to historically inaccurate refurbishments or additions made to several temples in the area.

It’s hoped if Bagan were listed as a UNESCO site, it might attract investment to safeguard its archeological and architectural heritage and cope with increasing tourist numbers.

However, growing numbers of foreign visitors risk placing further stress on the internal infrastructure of Myanmar, already struggling to cope with additional power, water and transportation needs after decades of neglect.

Myanmar received 2 million tourists last year, double that of the year before, and is expected to eclipse that figure once again this year with numbers rising to almost 3 million.

The Myanmar tourism industry is currently expected to earn more than $1 billion this year, up from the $926 million in 2013 and $534 million in 2012, according to the Ministry of Hotels and Tourism.

U Thet Naing, vice chariman of the Myanmar Travel Association, says that while, “Myanmar’s tourism industry is going to continue to develop, the hotel and service sector needs to be upgraded.”

“Only then will more tourists visit Myanmar,” he said.

Jumps of almost 1 million visitors a year come on the back of the ministry’s release of their Myanmar: Tourism Master Plan in which they forecast numbers of almost 7.5 million tourists by 2020.

To ensure this number is met the Master Plancalls for investment of $486.6 million over 38 projects, 21 of which it calls “critical” to success.