Urbanisation at an Early but Growing Stage: WB 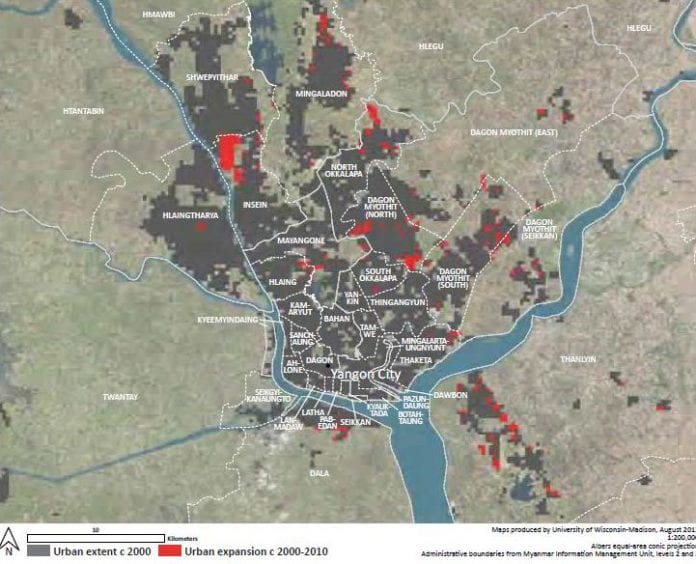 Myanmar is at an early but growing stage of urbanisation, having no large urban areas by East Asian standards as of 2010, a new World Bank report finds.

Urbanisation in Myanmar during the first decade of the 2000s lagged behind that of its neighbours, likely as a result of Myanmar’s economic isolation, which continued until about 2010, the bank said in its “East Asia’s Changing Urban Landscape: Measuring a Decade of Spatial Growth” report.

Despite being geographically one of the larger countries in the region, more than twice as large as Vietnam or Malaysia, Myanmar had less than a third of the urban area of Vietnam and a fifth of that of Malaysia during 2000-10.

The amount of urban land in Myanmar increased during this period from 760 square kilometres to 830, an increase of 0.8 percent per year, one of the lowest rates of increase in the region, the bank said. 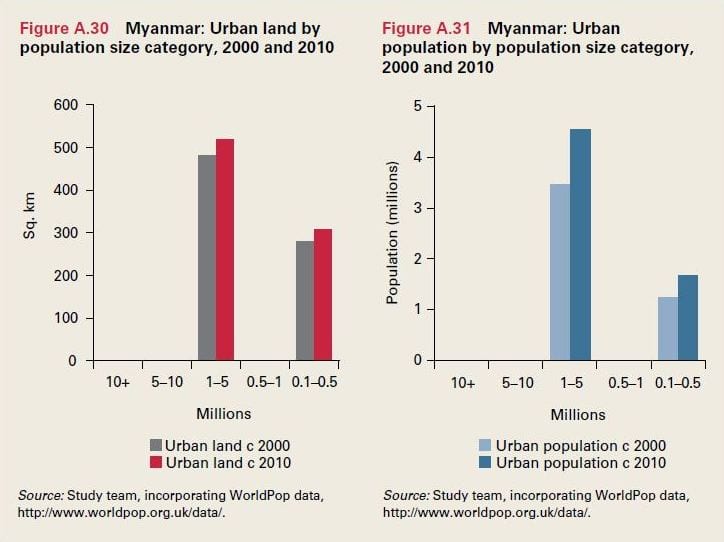 The density of urban areas was 6,200 people per square kilometre in 2000, increasing to 7,500 by 2010. This density was higher than the average for urban areas in the East Asia region as a whole, and the second largest increase in density after Indonesia. 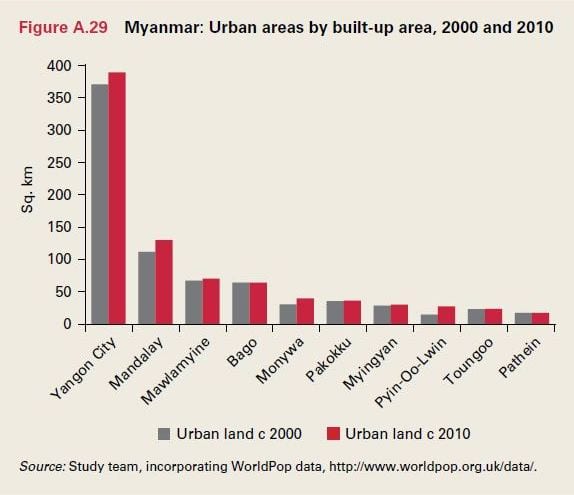 As of 2010, Myanmar only had two medium-sized cities, Yangon and Mandalay, in the 1 million to 5 million population range.

Yangon, despite being Myanmar’s largest urban area, spatially barely grew during this period, expanding at a rate of 0.5 percent a year between 2000 and 2010, from 370 square kilometres to 390.

However, Yangon’s population grew much faster than its area, at 2.6 percent a year from 2.6 million people to 3.4 million.