US Blacklists Myanmar Official Ahead of Obama Visit 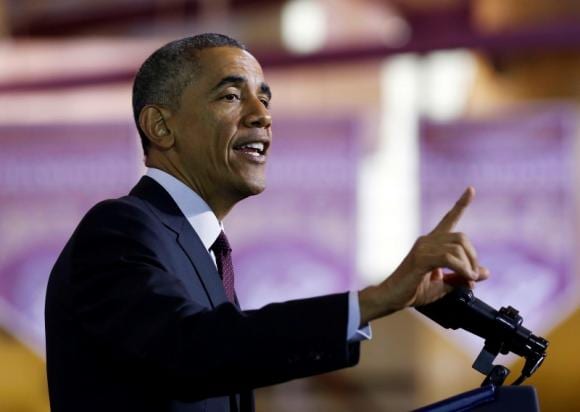 The United States on Friday imposed sanctions on a prominent lawmaker and businessman in Myanmar for undermining economic and political reforms in the country, ahead of U.S. President Barack Obama's planned visit next month.

The U.S. Treasury Department said Aung Thaung, who was industry minister under the former military government and is now a member of Myanmar's lower house of parliament, has been involved in attacks on the democratic opposition.

Concern has grown in Washington about the country's lagging progress on human rights abuses and political reforms and peace talks with ethnic rebels.

"By intentionally undermining the positive political and economic transition in Burma, Aung Thaung is perpetuating violence, oppression, and corruption," Adam Szubin, the Director of Treasury's Office of Foreign Assets Control, said in a statement.

"Serious allegations have been made against Aung Thaung both for his complicity in past crackdowns and for his abuse of government posts for personal and familial gain — including in business ventures involving human rights abuses like land grabs and forced labor," said John Sifton, Asia Advocacy Director of the U.S.-based Human Rights Watch.

On the eve of Obama's trip, the sanction sent the message that Washington was "not satisfied with the transition process in Burma and that there are still too many members of the military-linked elite standing in the way of reform," he said.

Aung Thaung has served in leadership positions in the ruling Union Solidarity and Development Party and was considered a hardliner in peace negotiations with ethnic rebel militias in Kachin State.

Myanmar launched widespread economic and political reforms in 2011, convincing the West to suspend most sanctions on the country, though keeping individuals and others on the U.S., blacklist. Critics say the changes are now starting to unravel.

In a call late on Thursday with President Thein Sein, Obama urged Myanmar's government to make every effort to conclude a national ceasefire and protect the rights of minorities and stateless Rohingya Muslims.

Obama will visit Myanmar for a regional summit on Nov. 12-13, his second visit to the country that he initially lauded as a foreign policy success.

The announcement of the measures against Aung Thaung coincided with an unprecedented meeting in the Myanmar capital Naypyitaw on Friday of the president and military chief with opposition political parties and ethnic minority groups. (Reuters)