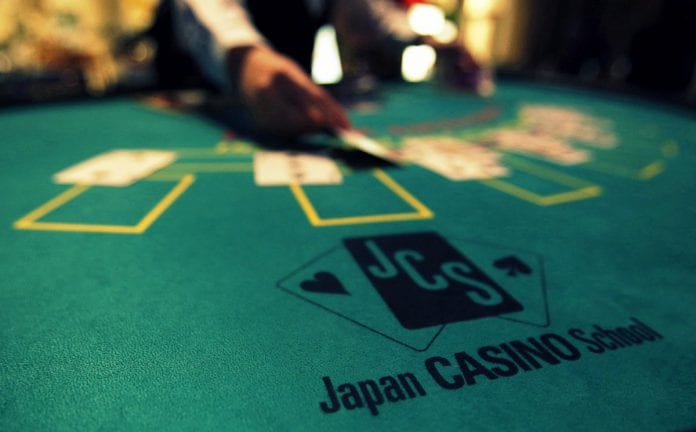 Two US billionaires are betting on rival cities, Tokyo and Osaka, to be the first in Japan to open casino resorts – once the government gives the go-ahead to legalise gambling.

Japan is one of the world’s last untapped gaming markets and could become the third largest gambling destination after Macau and the United States, with annual revenue of over $40 billion, according to broker CLSA.

Lawmakers who support legalising casino gambling hope to see initial draft legislation this year, with the first resort opening by 2020, when Tokyo hosts the Olympic Games.

In a race for first-mover advantage, 76-year-old Chicago real estate mogul Neil Bluhm has set his sights on the southern commercial hub of Osaka, while Las Vegas gaming tycoon Sheldon Adelson, four years his senior, is putting his weight behind a Tokyo flagship resort.

Bluhm, who owns casinos in Pennsylvania, Chicago and Niagara Falls, has a net worth of $2.6 billion, according to Forbes. The former lawyer and now head of Rush Gaming believes Osaka, one of Chicago’s ‘sister cities’, has the kind of flexible local government that will help drive this project, and, crucially, has “shovel ready” casino sites.

He says the whole process – from approval to construction – in Tokyo will be more complex, more time-consuming, and more expensive.

While Adelson hasn’t ruled out pitching for Osaka, too, he sees Tokyo as the main prize, given its highly affluent 13.2 million population. The CEO of Las Vegas Sands Corp, who Forbes says is worth close to $39 billion, has pledged to spend $10 billion as Japan opens up to legal gambling – an offer he says his rivals can’t match.

In a recent report, Morgan Stanley predicted that a Japanese casino resort costing more than $5 billion would offer a return on investment of below 20 percent due to rising costs and a struggle to attract enough high-rolling Chinese VIP customers.

Sands, which has casinos in Macau, Singapore and Las Vegas, remains bullish on its Japan plans given the country’s wealthy population and proximity to China. “We are very confident in our ability to generate a return that would be satisfactory to our shareholders,” George Tanasijevich, managing director for global development, said in a phone interview. He did not elaborate.

Bluhm shrugs off rivals’ talk of big money spending. “Sometimes people like to throw big numbers around in order to get picked … We have been more for Osaka in the $4-$5 billion range,” he told Reuters.

The Kansai Keizai Doyukai, a leading local business lobby, reckons land costs in Osaka will be a tenth of those in the capital, some 250kms (155 miles) to the northeast. And, it says, the city can offer a development area three times bigger than that occupied by Singapore’s two casino resorts – Marina Bay Sands and Resorts World Sentosa.

Fifty-six percent of Osaka residents polled in April said they were positive about the city of 2.8 million people having a casino resort. The city, located on Honshu island at the mouth of the Yodo River has a reputation for being more extrovert than Tokyo, and local authorities have designated a 170-acre plot of reclaimed land, known as Yumeshima, as the preferred resort site.

In comparison, officials in Tokyo, already setting about preparing for the 2020 Olympics, appear more tortoise than hare.

“We’re not like Osaka and Yokohama. We haven’t stepped on the accelerator and said let’s go,” Yukimasa Saito, an official at the governor’s office, said.

A waterfront area called Odaiba in Tokyo Bay has been touted by executives and officials as a preferred location for any casino resort in the capital, but securing enough land could prove a challenge.

In Osaka, officials say a casino would help spur Japan’s tourism beyond heavily populated Tokyo. Osaka is just half an hour from the former imperial capital Kyoto and trade hub Kobe.