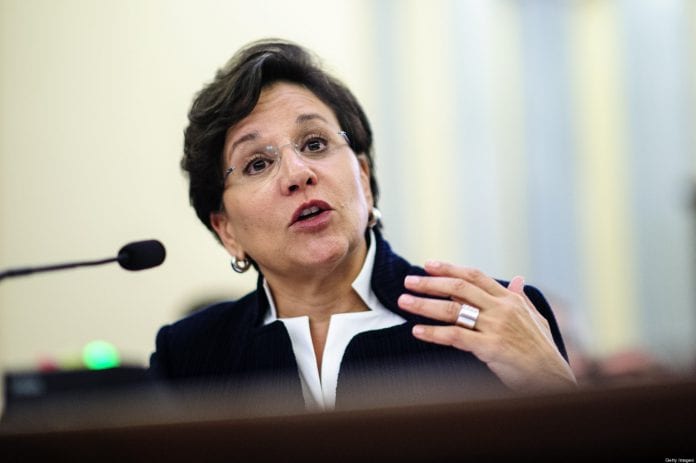 The US Department of Commerce Secretary Penny Pritzker trumpeted the United States’ commitment to closer economic and commercial ties with Myanmar during her recent visit to the Southeast Asian country.

To promote new investment, Pritzker announced the opening of the first-ever US Foreign Commercial Service office in Yangon, which will support American businesses to navigate and invest in Myanmar.

Since the opening up of Myanmar three years ago, the US has boosted its engagement with the country it once denounced and courted it in a bid to curb China’s overwhelming dominance in the country and the Southeast Asian region – Barack Obama paid a visit in 2012, trade restrictions eased and sanctions were lifted, Derek Mitchell was appointed the first US ambassador to the country since 1990 and last year President U Thein Sein became the first Burmese president to visit the White House in almost 50 years.

“As President Obama said when he was here in 2012 – the first US President ever to visit this country – the United States values the friendship between our two nations and we want to contribute to your success,” said Pritzker.

“We want to support your progress and reform.”

She said since Obama’s visit Myanmar has made reforms that have helped improve business climate in the country. “Two years ago, the United States began allowing investment for the first time in 15 years. Shortly thereafter, President Thein Sein signed a law to help attract more foreign economic engagement. As a result, nearly $250 million in American investment is now here,” she said.

Pritzker said she was in Myanmar to talk about how “we can build on the progress of the last two years to further strengthen our trade relationship and encourage even stronger ties.”

She said given “the promise of existing and future reform,” her department is opening a new Commercial Service office in Yangon.

She said the Foreign Commercial Service officers, who are located in US embassies around the world, help American companies enter overseas markets, expand, and find new customers around the world.

Pritzker said as Myanmar’s economy continues to grow and its market continues to open, more US companies are getting interested to do business in this country.

“The US government is encouraging American companies to evaluate the opportunity. Responsible investment can help facilitate broad-based economic growth and economic prosperity for your people,” she said.

Pritzker joined APR Energy to highlight the signing of a large-scale turnkey power, one of the first power generation agreements signed by a US company in recent years, and joined Ball Corporation to announce plans to build an aluminium can factory outside Yangon.

She said the US has a “fundamental interest” in the continuation of reform.

“We have communicated to your government the need to build on the progress that has been made by implementing measures that increase inclusive economic development, promote government transparency and accountability, and safeguard labour rights and human rights.”