US Export-Import Bank Opens to Myanmar 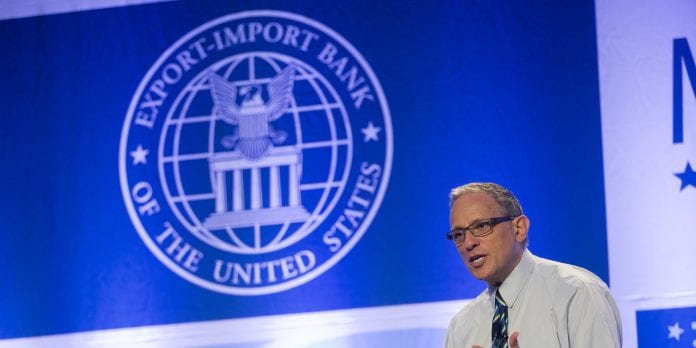 The Export-Import Bank of the United States (Ex-Im Bank) said it will start offering credit for trade with Myanmar, in a bid to support US exporters against competitors in a market that has boomed since economic reforms.

Fred Hochberg, chairman of the US government lending agency, said the announcement would send “a strong signal that we are committed to strengthening economic ties with Burma as the nation continues its transition.”

“This decision … will improve trade flows between our two countries and help reintegrate Burma into the global economy,” he said in a statement, adding that it would also open an important new market for US exports and support American jobs.

“Working capital guarantees, which help US exporters or their suppliers to obtain funds to produce or buy goods or services for export, will be available to support exports to Burma as well,” the bank said.

Ex-Im Bank said it will also be able to provide long-term support in Myanmar, provided “there are financing arrangements that eliminate or externalise country risks, such as asset-backed financings and structures that earn revenues offshore in a third country.”

The US move follows the launching of political and economic reforms in Myanmar since 2011 when a military government stepped aside and the country started to move away from nearly half a century of army rule and international isolation.

A senior bank official, briefing reporters in a conference call, said its decision was made possible by a lifting of US sanctions and the end of a year-long moratorium on relending that followed a big debt write-off by the Paris Club of creditor countries, Reuters reported.

Another bank official said there were “exciting opportunities” in Myanmar for US exporters of agricultural commodities, in the transportation sector, and in infrastructure, including power, mining and agricultural equipment.

The first bank official said the aim was to create a level playing field for US exporters trying to compete with foreign firms that were backed by export credit agencies.

“There has been a lot of interest expressed on the part of a lot of different US companies who would like to be able to compete in the marketplace,” he said.