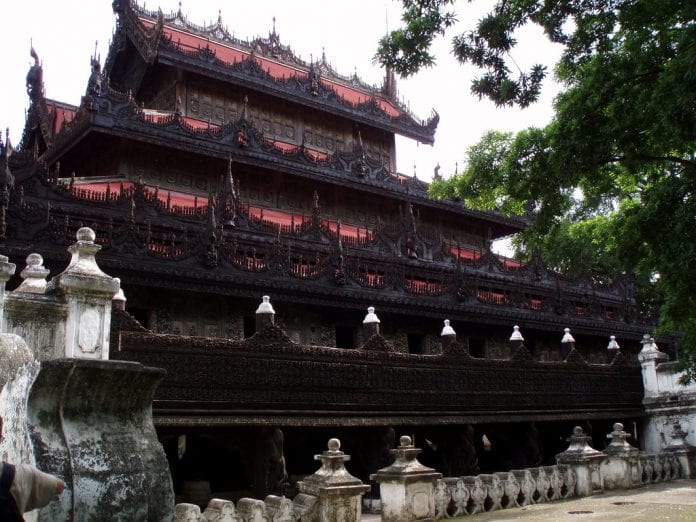 The US Embassy in Yangon and the Ministry of Culture have agreed to cooperate in cultural heritage conservation in Mandalay, according to an embassy statement.

Over the next two years, US-funded specialists will train local craftsmen and government experts in preservation techniques to preserve the culturally significant teak wood monastery in Mandalay, the release said.

Mitchell said the initiative “represents an important chapter in the relationship between our two countries, works to preserve a key piece of this country’s cultural legacy and highlights the rich traditions of Myanmar.”

The project is supported through the Ambassadors Fund for Cultural Preservation (AFCP), a US Department of State Bureau of Education and Cultural Affairs (ECA) program that supports the preservation of cultural sites, cultural objects and forms of traditional cultural expression in more than 100 countries around the world.

Shwe Nan Daw Monastery is one of the most visited monasteries in Myanmar erected by Myanmar craftsmen during the era of King Mingdon, founder of the ancient Myanmar city of Mandalay and its environs.