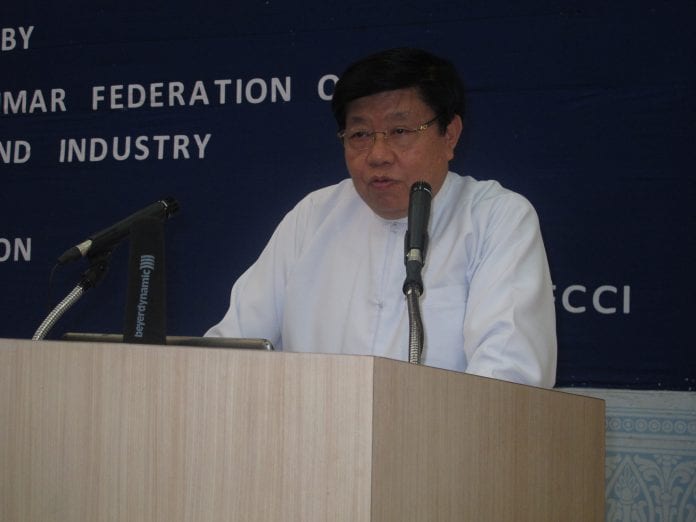 The United States removed a prominent businessman from its Myanmar sanctions list, in spite of doubts about reforms in the Southeast Asian country.

Win Aung, the head of Myanmar’s chamber of commerce whose Dagon International construction firm won contracts to help build the country’s nine-year-old capital of Naypyitaw, was removed from the Specially Designated Nationals (SDN) and Blocked Persons list, the US State Department said in a statement.

The statement provided no details on why Win Aung was removed from the list.

John Viverito, a Singapore-based lawyer who shepherded Win Aung’s petition through a 14-month delisting process, said US officials took into account his support for democratic reform and his willingness to disclose financial data.

“He did present his books for review,” Viverito told Reuters. “He was very open with them and I think that’s another important aspect to his delisting.”

Win Aung was blacklisted for his financial support of the military government that was replaced by a semi-civilian administration in 2011.

Viverito said that businessmen had no choice but to deal with the junta during military rule, and that the US appeared to have listed many despite little evidence of wrongdoing.

“A lot of that came around from cocktail party chit-chat,” he said. “We haven’t seen anything substantial on any of these businessmen.”

According to confidential US diplomatic cables published by Wikileaks, Win Aung allegedly exported timber to China from protected areas after winning contracts because of his military ties.

Myanmar launched widespread economic and political reforms in 2011, convincing the United States and other Western countries to suspend most sanctions imposed during decades of military rule.

However, many in Myanmar now feel the reform process has stalled, with the military still holding extensive power.

Opposition leader Aung San Suu Kyi told Reuters recently that President Thein Sein was insincere about reform and accused the United States and the West of being too optimistic about change.

Despite such doubts, the United States is likely to delist more businessmen who are commonly known as “cronies” in Myanmar, said Peter Kucik, of the Washington DC-based Inle Advisory Group, which advises investors about the country.

“This is very significant, but not unexpected. It’s the first ‘crony’ removal,” said Kucik, a former US Treasury Department official. “We do expect that this is the first removal and not the last.”

The State Department said the US sanctions architecture remained in place, and that any changes would depend on Myanmar continuing with political and economic reforms and resolving disputes with members of ethnic groups. (Reuters)