US Sanctions Fail Two-Thirds of the Time, Allies are Often to Blame 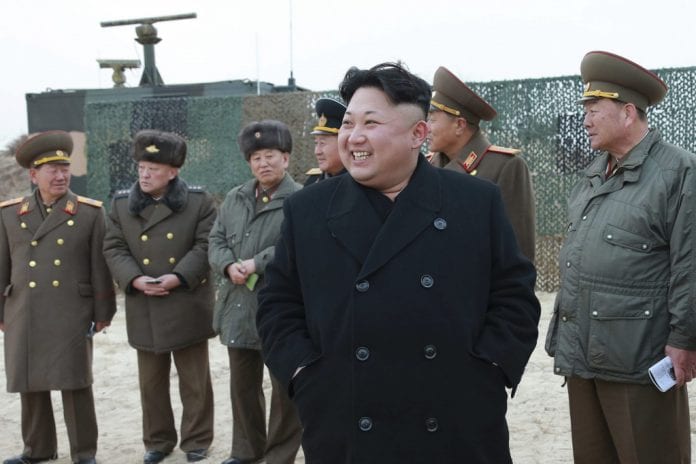 Responding to the cyber attack against Sony, the US government recently issued new sanctions against North Korea. There are few reasons to be optimistic that this newest round of sanctions will change Pyongyang’s behavior. Like Cuba and Iran, the country has decades of experience circumventing and surviving US sanctions.

Why do US sanctions fail so often? The answer lies not just with America’s adversaries, but also with its allies. You just need to look at Cuba to see why.

It is well known that Cuba managed to find international support from countries opposed to the United States embargo for years. Fidel Castro received over $60 billion-worth of Soviet aid during the Cold War. After the collapse of the Soviet Union, the Cuban leader succeeded in courting the patronage of both China and Venezuela to help make ends meet.

But that wasn’t the only prop offered to Cuba. Even when most of the Western Hemisphere was cooperating with the US sanctioning effort against Cuba from 1961 to 1973, estimates suggest that Cuba still conducted well over a quarter of its trade with capitalist countries from outside the region, including Japan, Great Britain, and Spain. Western trade with Cuba rose significantly over that period — reaching approximately 40 percent by 1974.

Japan and the United States’ NATO allies undermined the US sanctions by increasing their trade with Cuba in response to the sanctions. The advantages were hard to deny. Foreign companies knew that the U.S. sanctions offered them significant leverage in negotiating trade deals with Cuba, which could no longer buy or sell U.S. products. They could also make a killing in a market free of US competition. Tired of losing out on trade opportunities with Cuba, nearly all of the countries in the Western Hemisphere abandoned their sanctions against Cuba in 1974 and refused further cooperation with the United States’ sanctioning efforts.

Demonstrating his own entrepreneurial streak, Castro funded much of his trade with the West during the 1980s by reselling the heavily discounted oil Cuba purchased from the Soviet Union on the international marketplace.

After the collapse of the Soviet Union, policymakers like then-Senator Jesse Helms (R-N.C.) argued that reinvigorating the international sanctions campaign against Cuba would finally cause the Castro regime to collapse. He was wrong. The rest of the world remained far more interested in vacationing in and trading with Cuba than sanctioning it.

In 1996, Congress passed the Helms-Burton Act in order to deter foreign trade and investment with Cuba. [B1] The law allowed US nationals to seek compensation from companies that profited from private assets expropriated by the Cuban government after the revolution and deny visas to the managers and principal shareholders of those companies. In theory, the law offered a way to deter international trade with Cuba — but trying to implement it was a political nightmare.

Writing about his experiences defending the Helms-Burton Act abroad, US Ambassador Stuart Eizenstat recalled that his diplomatic team “confronted demonstrations in Canada, a raft of tomatoes thrown at us in Mexico City and a stone wall of resistance in Europe.” After being met with such strong resistance from its allies, the US government had no choice but to back down.

The Cuban case is not anomalous.

Take Iran, Germany, Italy and France all profitably exploited the US sanctions against the country for decades. In 1996, the US government attempted to force these countries to step into line with the Iran and Libya Sanctions Act. This act, too, provoked a backlash among allies and failed. Over course of the next decade, German, Italian, and French exports to Iran would respectively grow in value by 168 percent, 275 percent, and 526 percent.

Of course, if allies can cause the failures of sanctions, they can also contribute to their success.

When the European Union’s members grew increasingly concerned about Iran’s nuclear and missile programs, the EU finally increased its cooperation with US sanctioning efforts. The sanctions that the EU imposed against Iran contributed to the country’s currency declining by more than two thirds, and its economy shrinking by 5 percent in 2013. While part of Iran’s economic turmoil can be explained by the global fall in oil prices, the US and EU sanctions were a major contributor.

Similar effects can be seen in Russia. The fact that Europe is cooperating with the US on economic sanctions has strengthened their impact, despite many EU member states being reticent about punishing Russia too harshly.

Of course, getting allies on board that will do nothing to undo the work of adversaries seeking to undermine sanctions in other countries, like is happening in North Korea.

China provides the hold-out communist state with a substantial amount of foreign aid and is North Korea’s most important trade partner—accounting for over three-quarters of its total trade from 2012-2013. Even with the support of its allies, sanctioning North Korea is unlikely to be productive as long as North Korea retains China’s support.

That, of course, is the catch to the Cuba lesson—getting your friends on board is only half of the battle. You will have your adversaries to contend with. And that’s why US sanctions so often fail. (Reuters)