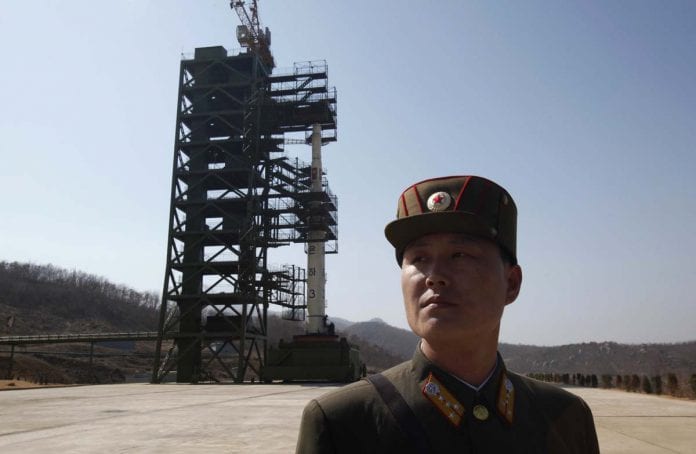 The US government on Tuesday last week imposed sanctions on three companies and one person in Myanmar in its latest effort to choke off alleged arms trade between the Southeast Asian nation and North Korea.

The move entails sanctions that bar American citizens from doing business with those targeted and freeze all of their assets under US jurisdiction.

“These actions continue the Treasury’s efforts to target those linked to DDI, which has been involved in purchasing military equipment and related material from North Korea,” the Treasury said in a statement.

The Treasury said the move “does not generally target” the Myanmar government, as it has agreed to follow through a UN Security Council resolution banning the purchase of military goods from North Korea. US officials say Myanmar has curtailed the trade, but not ended it.

“We will continue to target this activity in Burma, and the region, as we work with our international partners to shut down North Korea’s dangerous and destabilising weapons proliferation.”

Soe Min Htike was a procurement agent for the DDI, the Treasury said. It and Excellence Mineral worked with North Korean officials to import material for weapons programs.

Asia Metal constructed buildings and supplied construction materials on a DDI factory compound where the Treasury said about 30 North Koreans were working.

The department added Lt General Thein Htay, the chief of DDI, to its blacklist in July for his involvement in arms dealing with Pyongyang.

The military cooperation with North Korea was forged during Myanmar’s international isolation. The State Department has said that in late 2008, when Myanmar officers visited Pyongyang, they signed a memorandum of understanding with North Korea on assistance to build medium range, liquid-fuelled ballistic missiles.

Washington has eased sanctions on Myanmar and sent back an ambassador in response to the reforms undertaken in the Asian nation in the past few years.