US to Open Foreign Trade Service Branch in Yangon 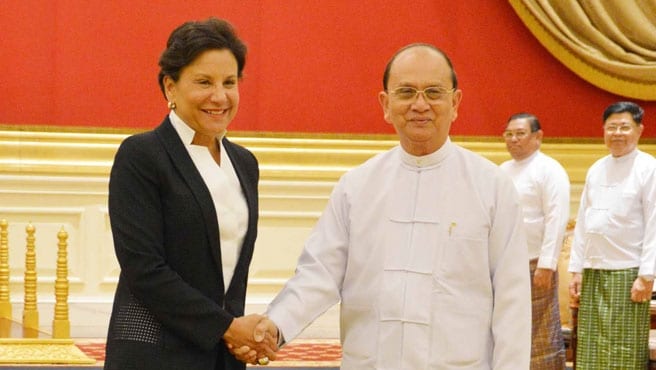 The United States will open a foreign trade service branch in Yangon in a bid to boost trade ties with the Southeast Asian nation.

It was decided when President U Thein Sein met with visiting US Commerce Secretary Penny Pritzker in Nay Pyi Taw last week.

Last week, a business luncheon was hosted by US-ASEAN Economic Council in the Myanmar capital, attended by Vice President U Nyan Tun and US Ambassador Derek Mitchell as well as government officials and business leaders.

Pritzker, who arrived Nay Pyi Taw on a two-day visit to Myanmar, also met with Speaker of the Parliament and the Lower House U Shwe Mann and opposition Chairperson Aung San Suu Kyi.

According to official statistics, US investment in Myanmar amounted to $243.5 million as of January 2014, making it 13th in Myanmar’s foreign investor line-up.