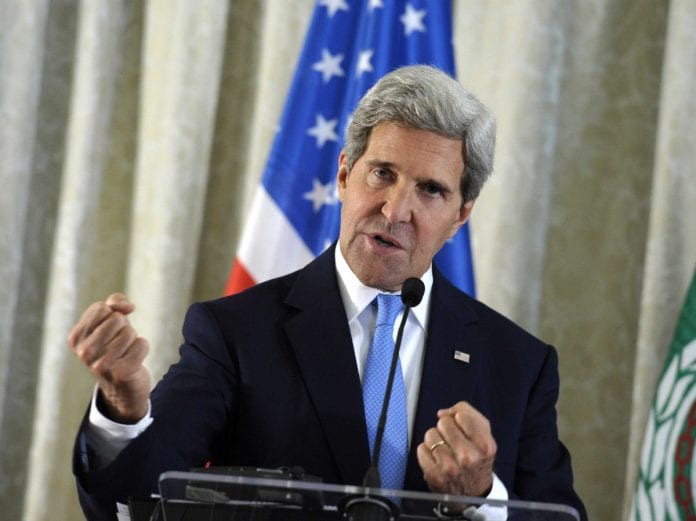 The United States sometimes uses the official name Myanmar instead of Burma as a “diplomatic courtesy” to the Asian country, the State Department said last week, in a sign of reconciliation.

Myanmar’s military junta changed the country’s official name to “Myanmar” in 1989, saying that the old term “Burma” was a legacy of British colonialism and implied that the country belongs only to the ethnic Burman majority.

The opposition and exiles fiercely opposed the change, seeing it as a symbolic step to create an entirely new country, and the United States has stood in solidarity by calling the nation Burma.

However, US Secretary of State John Kerry twice referred the Southeast Asian country as “Myanmar” in a statement marking the country’s independence day. The statement made no mention of “Burma.”

Deputy State Department spokeswoman Marie Harf told reporters that “it continues to be US government policy to refer to the country as Burma,” according to an AFP report.

But “in certain settings, US government officials refer to the country as Myanmar as a diplomatic courtesy,” she added, citing President Barack Obama’s visit to the country in 2012 when he alternated between the two.

“I don’t think there’s a confusion,” she said.

As part of its reconciliation with Myanmar, which included Obama’s visit, the United States has increased development aid and ended most economic sanctions on the resource-rich and strategically placed country.