Vacation is Over, Turn the Taxi Around 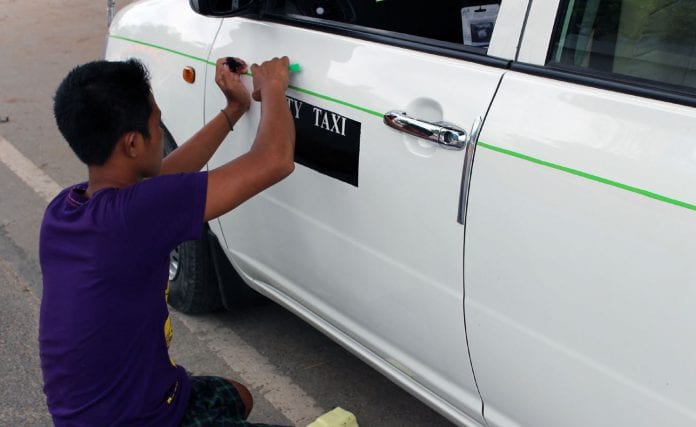 Taxis in Yangon that are not registered as city taxis will be prosecuted according to existing laws and bylaws starting this month, U Hla Aung, chairman of vehicle supervisory committee Ma Hta Tha, said.

“We have already issued warnings in December and February. Now we will take action according to the regulations,” he said.

Action will be taken according to the 1963 Road and Inland Water Transport Law and 1964 Motor Vehicle Law, which are still in force.

According to Lieutenant Colonel Linn Htut from No.2 Branch Office of Yangon Traffic Police, some taxis in Yangon are registered in other states and regions.

“These taxis need to update their license when they move to new regions and states so that the taxes collected from them flow to the states and regions where they use the roads,” he said.

U Thar Kyaw, leader of the Disciplinary Unit of Ma Hta Tha, said that for the safety of passengers, discipline needs to be followed.

However, taxi drivers said it takes too long to register, and speeding up the process comes at a “special” cost.

“If we queue in line for the whole day we cannot earn money on that day. The fee is normally K4,000 to K5,000 but if you don’t want to wait for too long, you can pay ‘special charges’ to speed up the service. It costs about K20,000,” one taxi driver from South Okkalapa told Myanmar Business Today.

According to Ma Hta Tha, there are 48,230 taxis registered as city taxis in four districts of Yangon region as of the end of May.