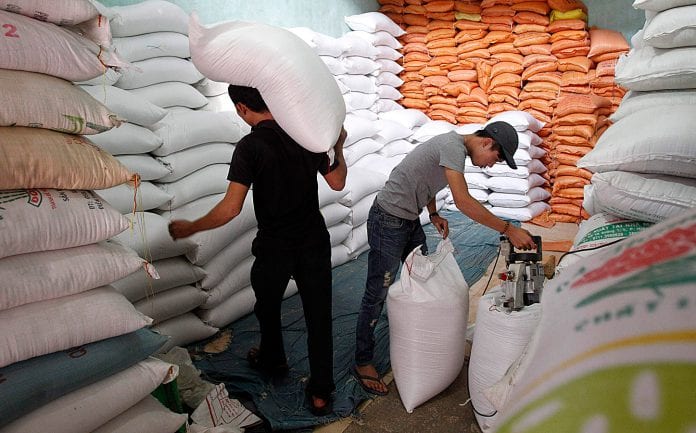 Vietnam’s economy grew an estimated 5.42 percent in 2013 from a year ago, the same as the government’s target, the general statistics office said last week.

The gross domestic product (GDP) growth in the period from September to December was seen at 6.04 percent, quickening from 5.14 percent in the first nine months, compared with the same period last year.

Last year’s GDP growth of 5.25 percent was the lowest annual expansion since 1999.

The government is hoping the positive momentum will be maintained and is targeting annual economic growth to quicken further to 5.8 percent in 2014, Prime Minister Nguyen Tan Dung said in October.

The World Bank has projected Vietnam’s growth to quicken next year, achieving a rate of 5.4 percent, from 5.3 percent expected this year.

Vietnam, which is the world’s largest robusta producer, could export 120,000 tonnes (2 million bags) of coffee in December, a drop of 50 percent from the same month in 2012, the government said, above market expectations.

Coffee exports in November were at 80,000 tonnes as previously estimated, the government’s General Statistics Office said. Coffee exports in 2013 are seen at 1.29 million tonnes, a fall of 25.7 percent from last year, according to the report.

Vietnam’s rice exports in 2013 also fell 16.1 percent from the previous year to an estimated 6.72 million tonnes, the government said, below market expectations.

Revenue from rice exports fell 18.7 percent from a year ago to $2.99 billion, the General Statistics Office said, without giving any reason for the drop.