VPA Agreement to Boost Timber Exports to the EU 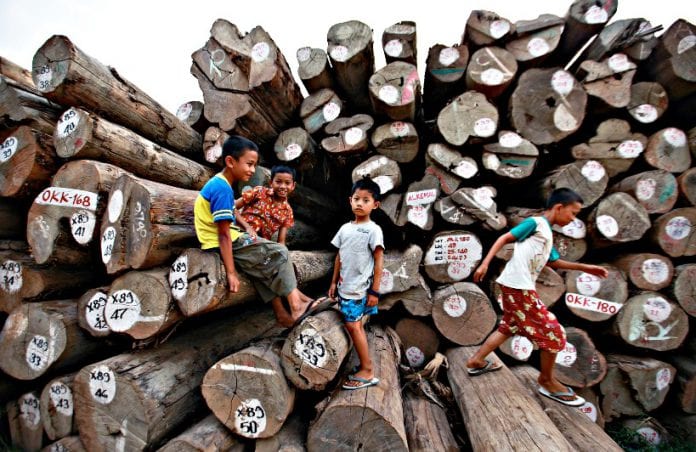 Myanmar has signed a timber export voluntary partnership agreement (VPA) with the European Union (EU), with details regarding the new agreement expected to be released soon, said U Bar Bar Cho, secretary of the Myanmar Timber Enterprise Association.

“With the signing of this agreement, timber can be sold freely once it gets to the EU,” U Bar Bar Cho said.

In 2003, the EU created the Forest Law Enforcement, Governance and Trade (FLEGT) action plan with the aim to reduce illegal logging by promoting sustainable forest management and timber governance.

Entering into a VPA with the EU’s FLEGT is voluntary, but once signed it is a legally binding trade agreement that assists timber producing countries develop a strong legal framework with regards to its products.

The four steps to negotiating a VPA with FLEGT include information and consensus building, formal negotiations, ratification and implementation, and licensing.

According to the FLEGT website, Myanmar is currently in phase one, information and consensus building. At the time of printing, it was uncertain which phase Myanmar will move into with the recent signing of the VPA.

Once a VPA is fully implemented Myanmar will be able to freely export processed timber products to the EU under the scrutiny of the EU Timber Regulation (EUTR).

According to an official from Myanma Timber Enterprise (MTE) there is steady demand for high-quality processed wood in the EU.

Production of timber and timber products has become more transparent due to the National Export Strategy, making Myanmar exports more attractive, he added.

At the start of this fiscal year, the government placed a ban on the export of logs in an effort to increase the value-added capacity of the industry. Once timber is at least minimally processed it can be exported.

The government ban on log exports is expected to promote the processed wood market and has also encouraged the current influx of foreign wood-processing companies, sources in the industry said.

In addition to the EU, Myanmar is also exporting processed wood to India, Malaysia, Vietnam and Thailand through a system where the Myanmar Timber Merchant Association acts as a guarantor, said U Min Thaw Khaung, joint general secretary of the association.

Countries that have not signed a VPA are forced to export timer products to the EU through a self-guaranteed system, where the firm importing timber into the EU must provide due diligence documentation that the product was legally harvested.

In addition to Myanmar, the EU has also signed VPA agreements with five African countries and Indonesia and is negotiations with Thailand and Malaysia.

Traders of processed wood are looking for new market opportunities and are also engaging in trial exports to India, which was previously a market for log exports, U Tin Soe, project director of Myanmar Forest Products Joint Venture Corporation, said.

The demand from the EU for high-quality processed wood exceeds that of Asian countries with yearly export volumes of processed wood products surpassing €20 million ($27.2 million)

Myanmar has changed its policies regarding producing and trading of timber products and will continue to align production to local consumption, as well as international demand, while companies will be invited to bid on new tenders, an official from MTE told Myanmar Business Today.