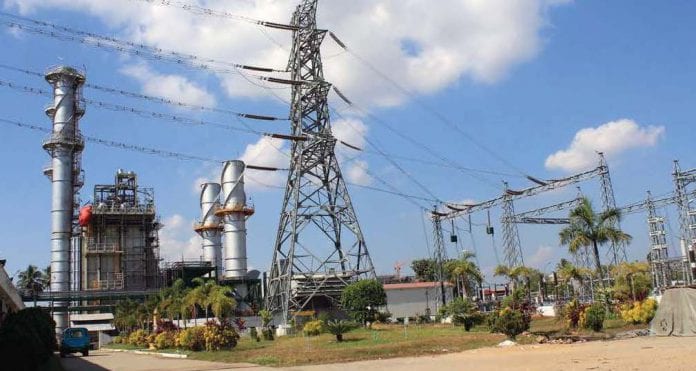 Hong Kong-based power solutions provider VPower Group has entered into an agreement with the state-owned Myanmar Electric Power Enterprise (MEPE) to build and operate a fleet of gas-fired power plants in Rakhine state.

The group’s subsidiary, VPower Holdings (Singapore) Pte Ltd, signed its first key power investment deal in Myanmar for the plants to be built close to the upcoming special economic zone of Kyaukphyu.

The VPower fleet, made up of 32 containerised generator sets, will produce over 45MW of power to the 230kV transmission grid.

The plant is set to start generating power early February, the company said.

With the International Monetary Fund predicting Myanmar’s economy to grow at an average rate of 8.25 percent in the next few years, lack of reliable electricity supply is considered as the major drawback in attracting foreign investors.

The demand for electricity by 2030 is expected to increase five to eight times the level in 2012, according to the Japan International Cooperation Agency (JICA)-backed National Electricity Master Plan study.

The government sees the private sector as the main solution to the power supply problem and has signed some 50 deals with “independent power producers” (IPPs) to develop hydropower and thermal power plants, according to JICA.

The government is also planning to build more gas-fired power stations, however, it is not clear how the country will supply the additional gas, with experts saying that Myanmar lacks a coherent energy strategy.

“We’re confident in VPower’s power business model in growing our economic zones and to deliver power capabilities to the more isolated parts of the country. We can foresee working with VPower in building up the economic power Myanmar as a country is capable of,” he added.

VPower has been delivering fast track, adaptable power supply to developing regions, along with mid-term power solutions, with power projects in Indonesia, Bangladesh and Brazil.

“Bringing immediate supply of power along with our medium-term total solutions to developing regions fast is what we do best,” said VPower CEO Rorce Au-Yeung.

“We’re committed to invest in the future of Myanmar,” he added.

Power sector is Myanmar’s second largest foreign direct investment (FDI) receiving sector, with investments standing as of December 2014 at $13.29 billion, or 31 percent of the total FDI, according to the Directorate of Investment and Company Administration (DICA).