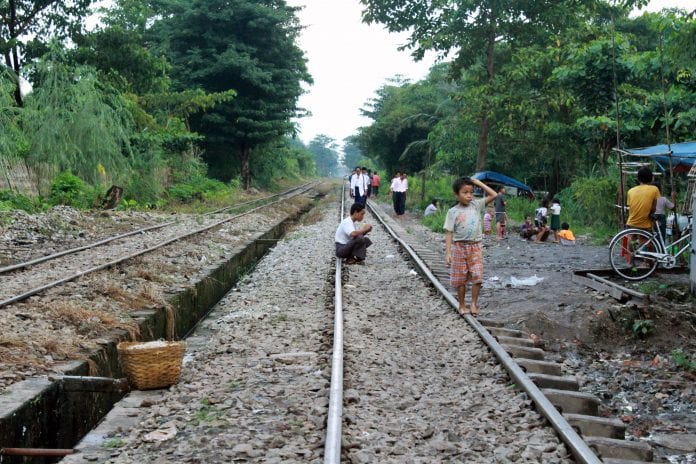 Myanmar has to raise farm productivity and incomes, provide more and better basic services for all, and improve business climate to end poverty in the country, according to the World Bank.

The Southeast Asian nation’s untapped growth potential and widespread poverty can be traced to landlessness, low labour and agricultural productivity, lack of access to markets, on-going conflict and communal violence, and a legacy of weak institutions and policies, the Washington-based lender said in its new report.

Coming off decades of military rule and international isolation, Myanmar has a GDP per capita of $1,105 and poverty is high. Most poor people – around 76 percent – live in rural areas.

“Myanmar has opened up and launched major reforms that hold the promise of better lives for its people,” said Ulrich Zachau, country director for the World Bank to Southeast Asia.

“How can Myanmar seize its historic opportunity and bring down poverty throughout the country? … it’s about Three “I”s: income for farmers; inclusion – universal access to education, health, and electricity for all; and an improved investment climate for private sector led growth and good jobs.”

Most rural poor in Myanmar are engaged in agriculture, either directly in farming or through seasonal labour. Myanmar’s government and its development partners can help farmers increase productivity and raise their incomes through increasing rice yields, more crop diversification, value-addition for crops and products, and by granting stronger land tenure security, it added.

The report said increasing universal access to basic services such as health care, education, water and sanitation, and electricity, will directly help Myanmar’s poorest people, who live in rural and remote areas, and in communities often isolated by ethnic division and conflict.

These basic services, which government programs can deliver, help lift families out of poverty and provide for healthier and smarter children and happier families now, and for more productive and higher earning adults and businesses tomorrow.

The report highlights the importance of extending access to affordable electricity to the 75 percent of Myanmar presently without electricity, and of improving the investment climate to spur job creation by the private sector.

It identifies multiple priorities for creating jobs in manufacturing and services in Myanmar by welcoming foreign and domestic investors: opening access to domestic, regional, and international markets; improving the unreliable power supply; developing the financial sector; improving access to land; increasing the availability of skilled labour; and improving information and computer technology services.

The report says there are four prerequisites for success as Myanmar transforms itself to raise farmers’ incomes, to provide basic services, and to create a vibrant private sector generating jobs.

Navigating well the transition from conflict to peace; social inclusion of all people living in Myanmar, including rights and basic services for ethnic and religious minorities; prudent macroeconomic management; and the continued opening of markets and transparent governance are all essential foundations for Myanmar’s economic growth, it said.