WB to Fund $107m to Connect Mizoram with Bangladesh and Myanmar 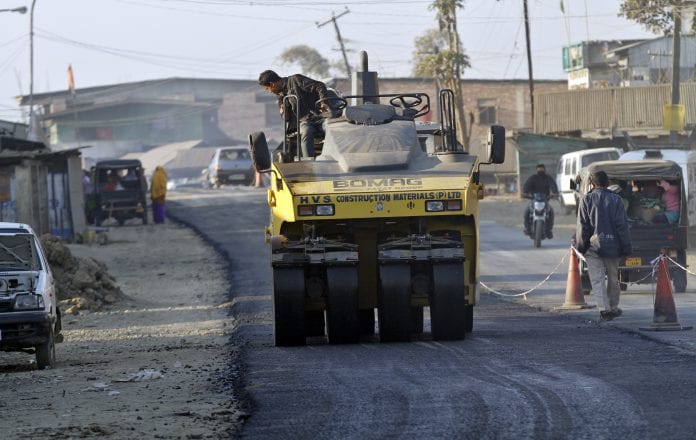 The World Bank has approved a $107 million credit for the Mizoram State Roads II – Regional Transport Connectivity Project to improve transport connectivity for India’s landlocked state of Mizoram and to help open up the potential for regional trade among neighbouring countries.

The Washington-based lender said the project will enhance India’s Mizoram and other northeastern states’ road links with Bangladesh, as well as with Myanmar, Nepal and Bhutan.

“Being strategically located between Myanmar and Bangladesh, a better connected Mizoram can open up huge trade potential for the entire northeastern region of India with South and East Asian countries.

“These countries will be able to export and import goods cheaper and faster. Consumers will also benefit from better pricing and choices,” said Onno Ruhl, World Bank Country Dirctor in India.

Connectivity is crucial for a distant hill state such as Mizoram which, like the other northeastern states, is geographically isolated from the mainland. Long and difficult transportation routes over predominantly mountainous terrain have long hampered trade and development.

Stage I of the project rehabilitated over 400 kilometres of the state’s core road network, reducing travel time by half, and triggering significant socioeconomic benefits in the project area.

The link to Bangladesh will facilitate greater bilateral trade and access to the Port of Chittagong – the nearest shipping port for the northeastern region of India, while the link to the border with Myanmar will facilitate connectivity to Myanmar and the rest of East Asia and beyond, the World Bank said.

Mizoram’s road network is of poor quality and under developed, and has among the lowest density in all of India. It faces severe constraints in its connectivity with larger markets. Travel from Aizawl to the nearest Indian port of Kolkata via the congested, 11 km-wide Siliguri corridor, also known as the “Chicken’s Neck,” is a 1,547km long journey. Prices for basic staples like rice, sugar, tea and tomatoes can cost as much as three times more in Mizoram and other northeastern states when compared with most Indian cities or neighbouring countries like Bangladesh.

According to estimates, annual intra-regional trade in the region can more than double from $16 billion to $38 billion annually, if barriers to trading with neighbours were removed. According to another estimate, investments in transport infrastructure could reduce trade costs by more than 20 percent in India, and 12.5 percent in Bangladesh.

Another 330km of road works may be considered for a follow-on project or additional financing when the designs are ready. The current project will fund detailed studies and designs for these roads (330km) mostly in the North-South corridor. Many of these roads, to be taken up in the next phase, will be greenfield projects and will increase the connectivity both within the state – improving access to transport infrastructure and services for isolated communities – as well as to key international trunk roads and transport corridors that connect to other northeast Indian states, Bangladesh, Chittagong Port and the rest of South Asia, and to Myanmar.

“Improving transport connectivity can play a vital role in enhancing growth in Mizoram, a remote, hilly, and mountainous region where road transport is the only mode of transport within the state,” said Diep Nguyen-van Houtte, senior transport specialist and the World Bank’s Task Team Leader for the project.

“Better connectivity can help reduce freight and passenger transport costs, and provide quicker and safer access to all parts of the state and to neighbouring states and countries.”