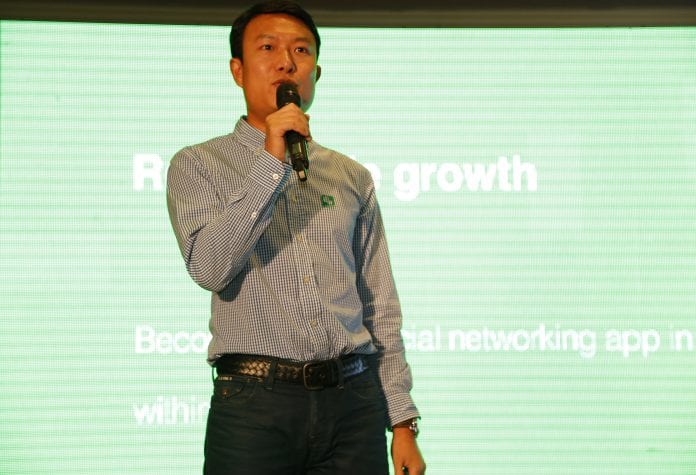 “We’ve watched as dropping SIM card costs have caused the number of mobile users in the country to shoot up to 18 million from around one million just three years ago. In this time of great change, we’re proud to offer Myanmar users a new, creative and free medium to express themselves and connect with the world.”

Myanmar hip hop artist Sai Sai was appointed as WeChat’s brand ambassador at the launch event who encouraged other celebrities to get into WeChat to interact with fans, and promote their music and videos.

At the launch event, Chinese phone maker Huawei’s marketing manager Khin Yadanar Win was also in attendance to announce her firm’s partnership with WeChat. The two companies launched a promotion for WeChat users where they can enter to win up to 50,000 prizes such as Huawei P8 smartphone and bluetooth speaker.

Since its launch in 2011, WeChat has grown rapidly and now claims to have more than 549 million monthly active users worldwide. Through WeChat’s latest downloadable version 6.2, the app is now available in Myanmar language.