When China Seeks Investments, Diplomatic Rows Are No Barrier 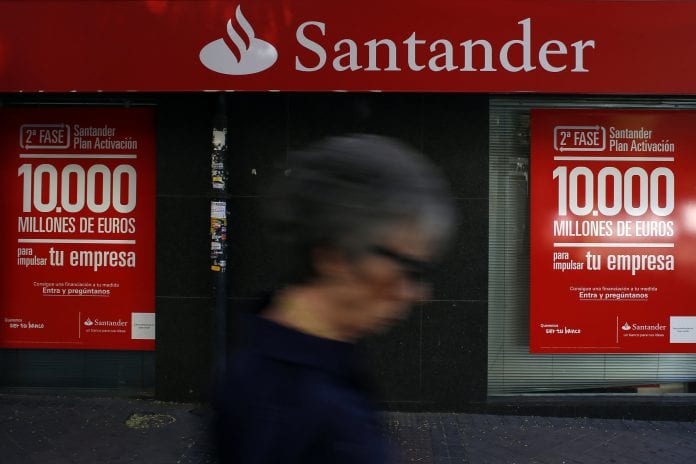 Two foreign investments in Chinese financial institutions in December suggest China will not turn away cash from countries it has taken diplomatic or trade measures against after blaming them for interference in its domestic affairs.

Santander, Spain’s largest bank, announced on December 10 that it was buying an 8 percent stake in Chinese state-controlled Bank of Shanghai.

Both Spain and Norway have drawn Beijing’s ire for actions unrelated to trade and investment.

China, the world’s second largest economy, often uses undeclared trade sanctions to punish countries with which it has diplomatic differences. But Beijing is careful not to hurt its own economy in the process, and inbound foreign investment is not usually affected.

“China obviously has more political sensitivities and more political taboos than other countries” said Joseph Cheng, a political scientist at City University of Hong Kong. “So you see the use of economic sanctions for an unannounced objective more often.”

In 2012, amid tensions with the Philippines over a disputed shoal in the South China Sea, China temporarily disrupted Filipino banana imports by imposing a strict quarantine.

During a spat in 2010 over a Chinese fishing vessel that rammed a Japanese coast guard cruiser, Japanese companies complained that China had halted exports of rare earth minerals, used in a range of industries including defence, telecommunications and renewable energy. Beijing denied the charge.

“Companies within the affected sectors in the target country often complain to their own government,” said James Reilly, a senior lecturer at the University of Sydney who writes about Chinese sanctions. “Chinese leaders seem to rely upon such processes to deliver the message.”

Trade with Japan, China’s second-largest trading partner after the United States, has declined since 2011 as tensions have spiralled over a groups of islands claimed by both nations, but direct foreign investment from Japan continues to grow.

In what is called the “Dalai Lama effect,” countries whose head of state or government meet the exiled Tibetan leader see exports to China drop 8 to 17 percent in the two years following, according to a 2010 study by two researchers at Germany’s University of Goettingen.

In 2008, an Airbus deal was delayed when the then French President, Nicolas Sarkozy, decided to meet the Dalai Lama. Ties between the two nations improved only in 2010.

China has also threatened economic measures against Italy and Germany before their top leaders met with the Tibetan spiritual leader.

But it does not always follow through. In 2010, China threatened but never implemented sanctions against US weapons and aerospace firms involved in a proposed $6.4 billion arms sale to self-ruled Taiwan, including Boeing Co.

In the most recent tiff, Spain incurred Beijing’s wrath earlier this year when a court indicted China’s ex-president Hu Jintao and issued an arrest warrant for ex-president Jiang Zemin, over accusations of genocide in Tibet. China dismissed the charges as absurd and summoned the Spanish ambassador to protest.

Given the current state of its banking sector, China may not be in a position to turn away investors. Domestic banks are looking for additional private capital to help absorb an expected surge in bad loans as economic growth slows and some stimulus-era loans turn sour, analysts say.

In 2010, Norway’s diplomatic relations with China were frozen after the Nobel Committee awarded the Nobel Peace prize to jailed Chinese dissident Liu Xiaobo.

China cancelled meetings with Norwegian officials and denied visas to visiting dignitaries, even though Norway’s government says it has no influence over the Nobel committee.

Norwegian salmon imports dropped 52 percent, year on year, in the first quarter of 2011. This year, salmon imports are still down 20 percent from 2010, although overall trade has risen.

But one hurdle may be the Dalai Lama’s planned unofficial visit to Norway next May.

Either way, China can expect more Norwegian cash in the future.