HomeMMBIZ NewsWho Will Lead the Next Bull Market?
MMBIZ News

Who Will Lead the Next Bull Market? 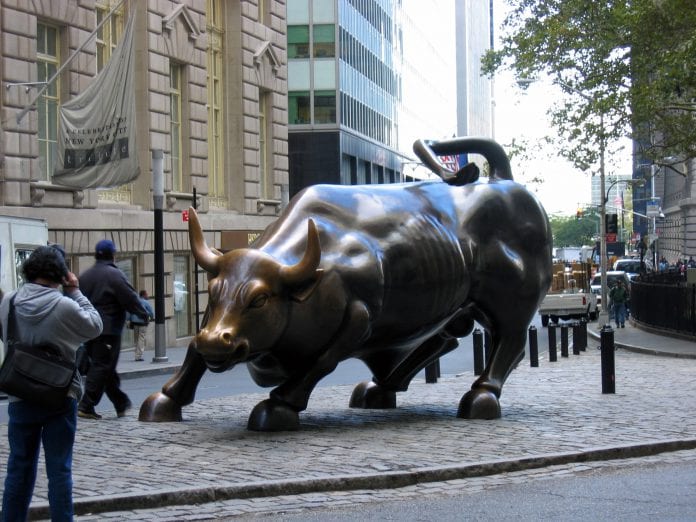 This is a very interesting question which will inevitably make those who answer it correctly and have the gumption to put their money where their mouths are very rich. I don’t have the answer unfortunately. My two boys are very rambunctious and smashed my crystal ball over the weekend, so unfortunately we will need to try and explore this issue with a little commonsense and a look back at the history of the last few bull markets.

First off, what really causes a bull market? Some would say clever and collective marketing by Wall Street combined with mass stupidity on the part of the masses. I myself have been the victim of “a good story” underlining the case for an investment which in the end turns out to be nothing more than a very good story. The dot com companies were probably the best “story” in recent times. There was in fact some truth behind the story, as the internet really has changed things and the world really is a different place because of it. Unfortunately that is not akin to www.watchmygrassgrow.com being a good investment when it has never booked any revenues, let alone profit.

The next big bull market that came crashing down in 2008, in my opinion, really was sold to the public with the underpinning of another great story. “The US real estate market has collectively never had a down year” was a phrase I remember being repeated again and again by various talking heads on CNBC over the years I sat glued to my trading desk back in the real world. They really made a compelling case for mortgage backed securities and boy were those homebuilders on a tear back then. Investment banks were also making coin like never before, but unfortunately even the greatest of parties must eventually come to an end.

They say the most dangerous words in investing are “this time is different”, and while history doesn’t always repeat itself exactly it sure does rhyme very well in the financial markets. While the story told to fuel these past two bull markets were very different, they both had one thing in common. There was some form of a real “change” that allowed the public to not only get excited, but to believe. In the first case it was the rise of the internet and all of the very real business opportunities that have in fact come about because of it. Unfortunately people collectively departed from all traditional sense with regards to investing in publicly traded companies. In the second instance it was new and esoteric investment vehicles that the public had not been either aware of or able to invest in, and it was sold to them as a “sure thing”. One lesson to come away from that episode is that when Wall Street starts to market something as a sure thing, try to find a way to profit when it eventually goes horribly wrong.

There are some very exciting changes happening in the world today, the most exciting one in my opinion is 3D printing. The leading companies in this field are already trading at unbelievable multiples, but while I would personally avoid them it may give a clue as to where the next bull market will come from. Plain vanilla manufacturing companies have taken second seat to technology firms for quite some time now, but where we may see the greatest benefits in the future could very well come from this sector. After all, they will be the ones who benefit financially from what all this new technology can do, assuming they keep up to speed. If the well-established manufacturing firms can in fact realise huge cost savings over the coming decades, there is an argument to make that they are currently mispriced in the markets. Could the boring companies that manufacture all the “stuff” we already enjoy really become a compelling enough story to fuel the next bull market? I am not so sure, but I am sure that keeping an eye on the changing business landscape and the SEC filings of what the investments banks are actually buying themselves (more on this to come) is probably a good way to increase your odds of getting in early on the next darlings of Wall Street.

David Mayes MBA provides wealth management services to expatriates throughout Southeast Asia, focussing on UK Pension Transfers. He can be reached at david.m@faramond.com. Faramond UK is regulated by the FCA and provides advice on pensions and taxation. Views expressed here are his own.