HomeMMBIZ NewsWhy Institutions, Not Elections, Should be Myanmar’s Yardstick in 2015
MMBIZ News

Why Institutions, Not Elections, Should be Myanmar’s Yardstick in 2015 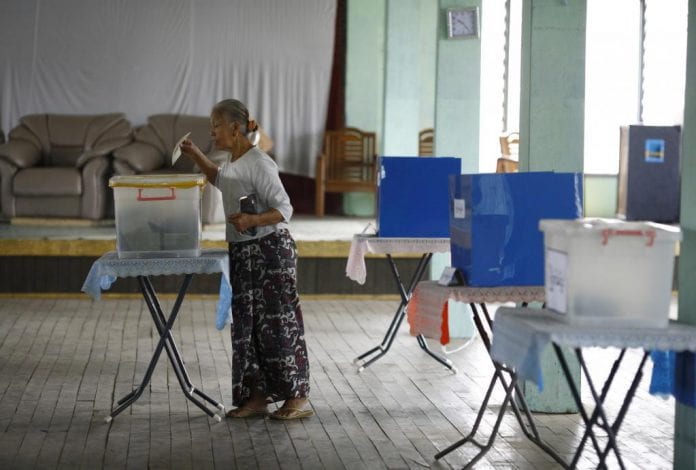 This year is being marked as Myanmar’s litmus test. The country, and much of the world, will watch the November elections with anticipation. Yet more important for Myanmar than the elections will be the country’s ability to build modern state institutions.

In late 2014, a survey by The Asia Foundation returned worrying figures on the population’s access to and understanding of key institutions of governance.

The survey, with a representative random national sample of 3,000 individuals, found that most citizens struggled to name any governance bodies. Some 82 percent of respondents couldn’t name one branch of government. Of those that could, 14 percent named the executive and only 2 percent the judiciary.

Months out from elections, the fundamentals of democracy are not yet understood by citizens. Only 12 percent of respondents correctly identified that the president was elected by the parliament (6 percent believed the president was elected by the chief of the defence services) and only 15 percent could name the institution that passed bills into law. A strong majority of people didn’t know the key functions of subnational government, either at township (68 percent) or state/region (76 percent) levels.

In what could be a harbinger for future trouble, expectations remained high for the coming elections. Some 77 percent believe that voting can lead to improvements in the future, while 90 percent of respondents believed that there is enough wealth for everyone. High expectations often bring disappointment, said famed psychologist William James. The majority of respondents noted that over the past year (despite economic liberalisation) their economic situation had remained the same.

Social mobilisation, one of the key drivers toward democratic change, is growing in Myanmar and will continue to grow this year. If given appropriate institutions to flow through, and if citizens get the requisite education, such mobilisations can be peaceful and constructive for both human and economic development. Myanmar’s transition is still in its infancy. It is therefore no shock that few citizens understand how the country’s institutions work. Nevertheless, education in democracy is at least as important to the establishment of the system itself. An illiterate democracy can hardly be democratic.

While the elections should be a milestone in Myanmar’s transition, they are just one of the initial steps, not the end point. These elections will need to be preceded by significant education and awareness campaigns, informing citizens about government institutions at both subnational and national levels. These campaigns will need to continue well past the elections.

After half a century of military rule, the ‘body’ of the state is still the military. The norms created by military rule will take years to transform into democratic norms. Currently, at least in the collective consciousness, the state remains, as Max Weber may have termed it, ‘patrimonial’ – that is, the state is the property of its ruler.

The military has been, as its slogan went, ‘both mother and father to the people’. Indeed, when asked what the relationship should be between the government and the people, 43 percent of respondents in the TAF survey noted that the ‘government is the father, the people are a child’. This logic persists in elements in the military too – not necessarily at the level of the Thein Sein cabinet but certainly at the level of regional commanders and below. In many parts of the country, this has led to a continuation of rule by law rather than development of rule of law.

Accountability across national and subnational governance structures is needed. The TAF survey found that police, courts, the Union Election Commission and the army had the poorest perceived integrity of all polled institutions. Only 2 percent of people saw the police as having very high integrity. Changes in these perceptions of key governance institutions will be key indicators of the health of the country’s transition.

Lastly and encouragingly, the TAF survey indicated that 94 percent of respondents believed the participation of citizens in ‘improving society and government’ was important. This shows citizens’ will to engage in governance and in the country’s burgeoning democracy. Yet only 18 percent of respondents had actually participated in such activities. People need first to know how to do it.

Building strong institutions is the key to Myanmar’s evolution into a modern state. The development of robust and responsive institutions will be a better yardstick for the health of the country’s democratic transitions than the November elections.

Elliot Brennan is a Non-Resident Research Fellow at the Institute for Security and Development Policy (Sweden) and the Southeast Asia Analyst for the Lowy Institute’s Interpreter (Australia). His research focuses on conflict management and resource security. He is currently based in Southeast Asia. The article was first published in lowyinterpreter.org and has been republished here with the author’s permission.